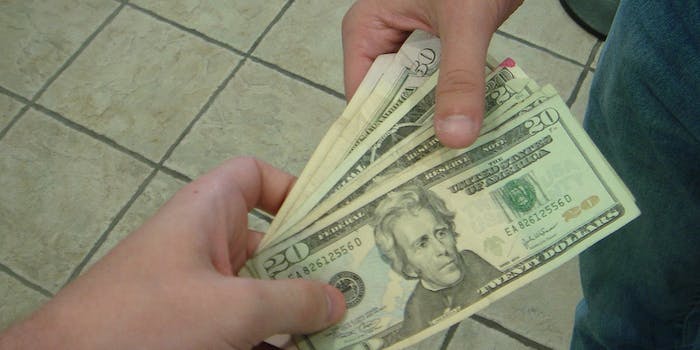 It doesn't get more meta than this.

Seedinvest is a startup company that hopes to join Kickstarter, Indiegogo, and other heavy-hitters in the crowdfunding market.

It just needs some capital to get it started. So it turned to crowdfunding.

In one of the most meta stories out there, Seedinvest, which hopes to specifically target investors looking to crowdfund new startups, began a crowdfunding page for its own site.

“Crowdfunding for the Cream of the Early-Stage Crop,” the company boasts. Interested investors must create a profile with the site to access company information and pitch videos. In case you aren’t aware of this, don’t worry, a window will pop up roughly every 10 seconds prompting you to create an account.

Other startups that have chosen Seedinvest as their crowdfunding platform include virtual reality company Virtuix and urban transportation company Scoot Networks. Of the 12 companies featured on the site’s homepage, two have successfully funded their campaigns.

So far, Seedinvest has raised $2.5 million of its $3 million goal. This kind of information, as well as the names of heavy donors, is available without an account.