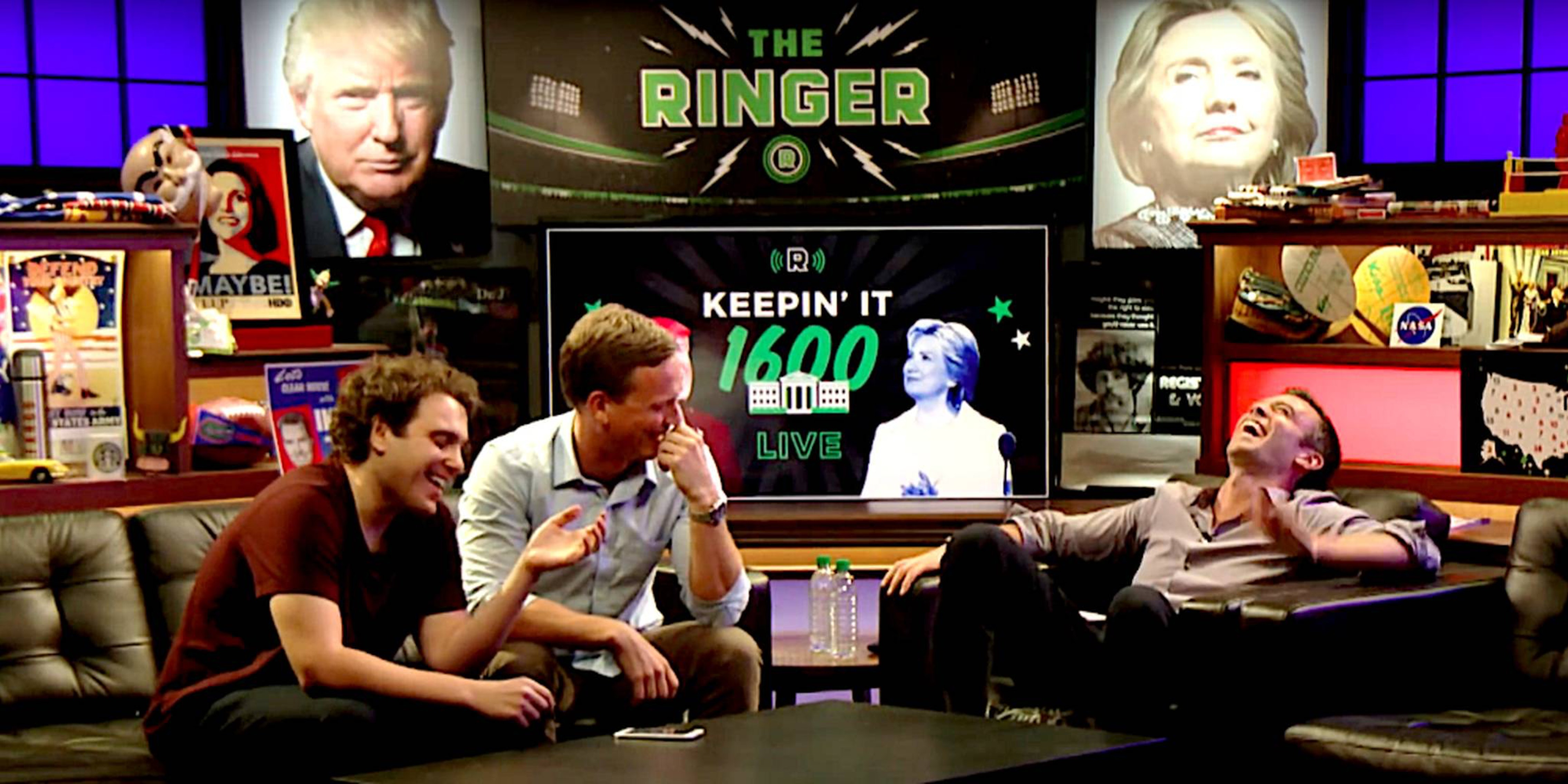 Ex-Obama staffers launch media company to fight back against Trump

Will this be a Breitbart for the Left?

One reason for President-elect Donald Trump‘s success in politics is his ability to entice traditional media and speak to voters himself—mostly through well-attended rallies (happily covered, of course, by traditional media) and through a Twitter account that boasts more than 19 million followers.

Trump also got plenty of help from right-wing websites, particularly from Breitbart News, the former chairman of which, Steve Bannon, is becoming a White House senior adviser.

Now, a few of President Barack Obama‘s White House alum are pushing back from the other side of the aisle.

Tommy Vietor, Jon Favreau, and Jon Lovett established the Crooked Media website on Monday, complete with a photo of the White House turned completely upside down. They say they launched the new media company because they want to take back their version of the country.

As they say in their mission statement:

Now, more than ever, we need a better conversation about politics in this country. Trump’s victory is a reflection of what’s decayed all around us—in our political parties, our government, our media, our democratic institutions, and our culture. But even as Trump’s win has proven many assumptions wrong, there’s one last assumption we’re not ready to jettison: that America can be decent and fair and hopeful and for everyone. And we can all play a role in making that true.

For our part, we’re launching Crooked Media—a place to talk about politics that informs, entertains, and inspires action.

“I think the lesson for [Democrats] is that if you’re solely filtering your message through the media, you’ve already lost,” Vietor told Time. “He has Breitbart and Twitter, and he’ll just swamp you. We need to do a better job of connecting directly and activating people.”

The trio, who created the popular Keepin It 1600 podcast, have rebranded it Pod Save America, and it apparently will have a different flavor going forward.

“One thing we wished we had done slightly differently—in addition to political analysis and punditry and all that good stuff—we wish we had done a little more advocacy, encouraged more participation and activism and used it as a platform to lift up all of the young, progressives voices that are out there,” Favreau told the Daily Beast.

For now, Pod Save America is their sole offering, but they say they’ll add more podcasts, live video, and written content in the coming months. They also want to introduce “new voices from a wide variety of backgrounds and beliefs” to bring new perspectives from outside Washington.

“We’re not journalists, we’re not unbiased, we’re not always serious, and we’re certainly not always right,” they write in their mission statement. “But we promise a no-bullshit conversation about politics where you can laugh, cry, scream, ridicule us daily, share your ideas, and hopefully decide that you want to help fix this mess too. That goes for Democrats who want to learn from our party’s mistakes (which is hard because things are so perfect), Republicans ready to hold Trump accountable (fingers crossed on that one!), and everybody, everywhere who’s been asking the same question: What do we do now?”