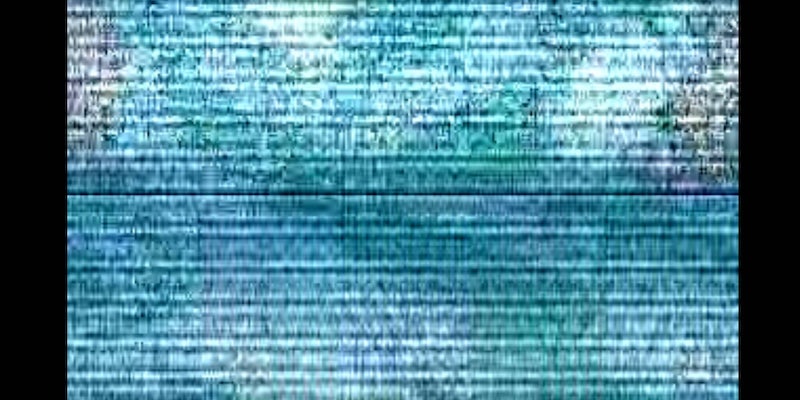 The scariest creepypasta stories you haven’t heard yet

You know Slender Man. But are you brave enough for these other horror stories?

Creepypasta. The words sound like gibberish, but behind this silly moniker lies the roots of modern horror tradition.

Kids in the ’80s and ’90s traded urban legends and tales from Alvin Schwartz’s Scary Stories to Tell in the Dark, but in the internet age, message boards are our campfires. Creepypasta plays on the fears of the modern internet.

You may have heard of the Slender Man or seen the Sy-Fy show Channel Zero, which is based on the story Candle Cove, but those are just the well-known hits. Here’s a collection of some of the best creepypasta stories hiding in the corners of the internet. 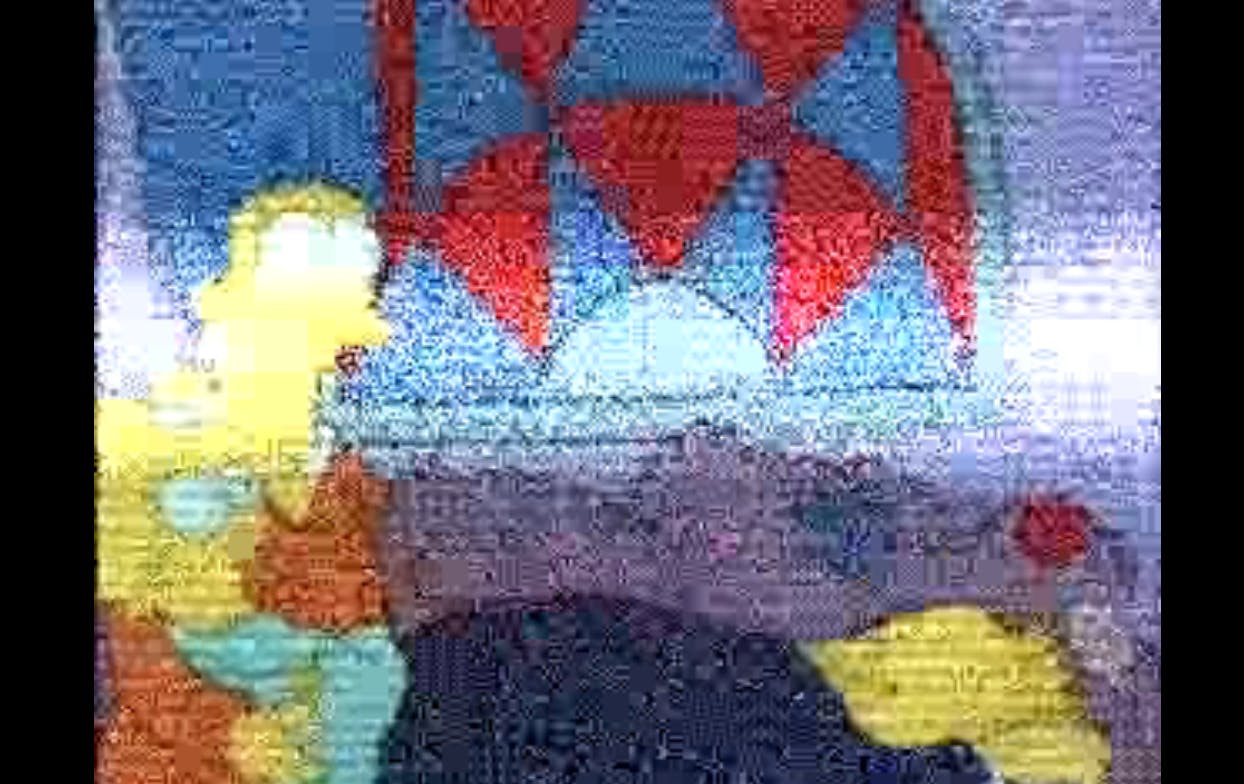 Often the best creepypasta is based on the idea of a shared memory that someone remembers just a little differently than everyone else. Dead Bart is the tale of a lost episode of The Simpsons. Nothing to worry about. Hell, it even sounds fun—at least until you see Bart’s coffin and the family too lost in uncontrollable sobs to eat. As time passes Homer, Marge, and Lisa begin to waste away to bones, and Maggie simply disappears as their lives fall apart. Maybe she’s gone to join Bart. Why would they make this episode, and why does Matt Groening burst into tears when fans ask about it at conventions? Most importantly, why do all joke gravestones in the cemetery Bart was buried in have real names and dates on them? And how did the animators in 1989 know the exact date all of those celebrities would die? 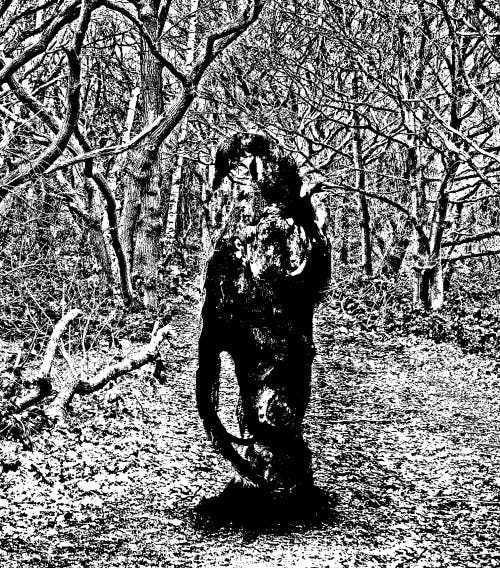 Illustration via What Is Twigs

Heroin is a hell of a drug. Coming off of it can make you hallucinate, leaving you unable to trust what you’re really seeing. That tree isn’t actually moving towards you. It’s spindly arms aren’t actually in your kitchen. You’ve got the shakes, and it’s making you hear things. So you write a blog to get your feelings out. But when it takes off, there’s no comfort to be found—just more terrifying tales from other people: trees watching people, taking pets as offerings, moving in the dark when your back is turned. They would never hurt you, though, right? There must be some other explanation for how that little boy died. 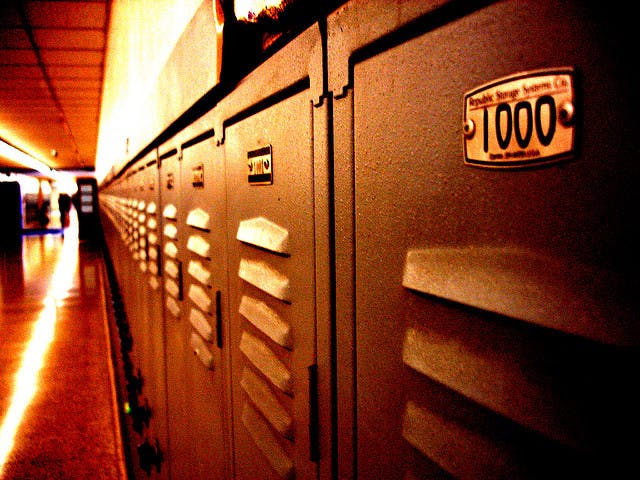 As children, you sit through hundreds of boring presentations and special guests at school. Teachers like getting a break too, so just sit there and listen. You might just learn something after all. You might not remember this day in class, but if you pull out your old yearbook, you’ll see it’s legacy. After all, we never saw the Thompson boy again after that day. 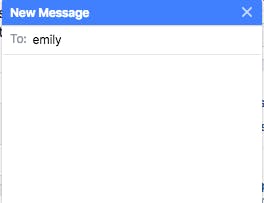 “My Dead Girlfriend Keeps Messaging Me On Facebook” is a perfectly compact horror tale about one of the worst aspects of the internet: history. When someone dies you can still go lurk their Facebook account and think of every little thing you could have done differently. When a man’s girlfriend tragically dies, he’s devastated. Until one day someone messages him from her account, letting him know she’s cold. So very cold. Some jerk must be playing a sick prank, right? What do they want? And why do they keep tagging her right behind him in all those pictures?

5) Recollections of a Search and Rescue Officer 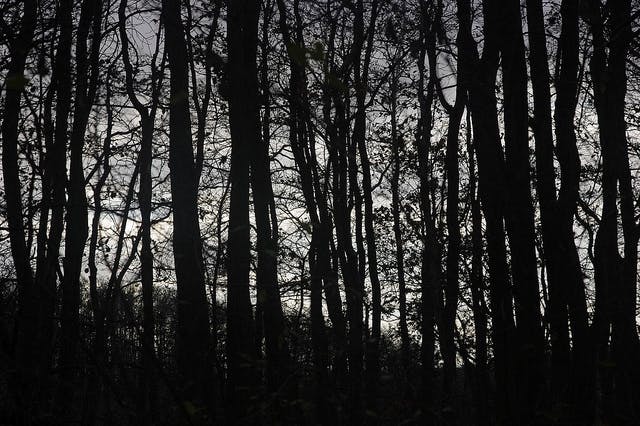 Things happen in the forest that can’t be explained, but that doesn’t mean people won’t try. Did you hear the one about the little girl who climbed a tree but never came back down? Search and rescue crews climbed up after her, but somehow she was gone. The woods are full of mysteries; some stay with you long after you’ve left. 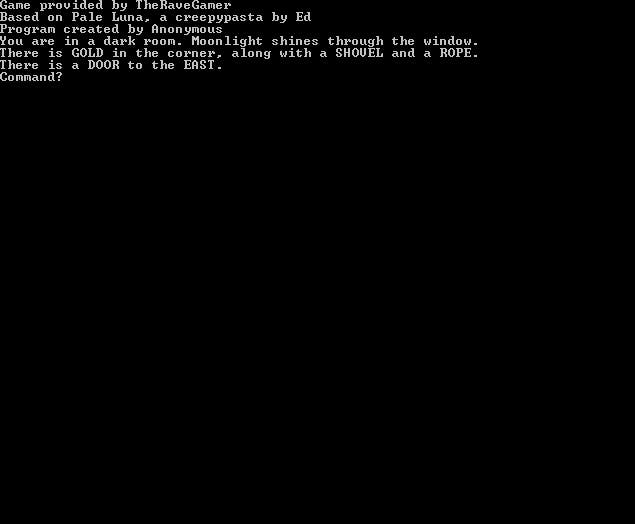 Video games aren’t a protected art form. Games disappear every day, so when you find a lost or unknown title it would be almost irresponsible not to play it. “Pale Luna” is one of those great lost games. This text-based adventure is legendarily brutal, crashing your system if you ever make one wrong move. Most players think it’s too much hassle to put up with, but you’re different. You’re a dedicated gamer. But “Pale Luna” doesn’t want you to escape a dungeon. It wants you to go to the woods and dig a hole. Your reward for finishing the game is a set of longitude and latitude coordinates. Should you go look? The map says they’d just lead you deep into the forest. Of course, you have to go dig. Someone wouldn’t make a game to lead you into the woods unless there was a treasure buried in the hills. What will you find when you beat “Pale Luna”? 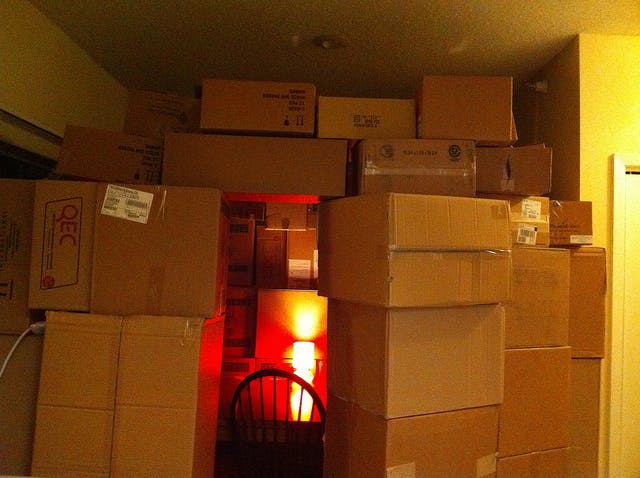 There’s nothing better than building a fort with your brothers. This one is big and winds through every room of your house. A kid could get lost in there, especially when you find a room that’s never been in your home. Maybe it’s someone (or something) else’s home. Maybe they want to move in. 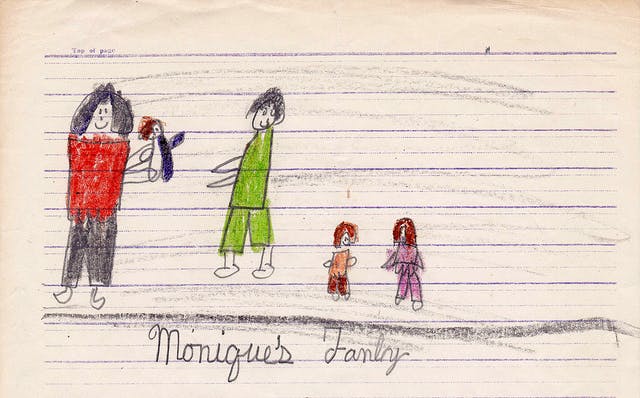 The job of a child psychologist is to listen to children. People so rarely listen to children. But sometimes they hide messages in plain sight. When a little girl retreats from her classmates, she’s sent to counseling. Her story changes the career path of a young doctor forever.

Have you ever attracted unwanted attention from a creep on the internet? Maybe it’s a guy who couldn’t take a hint. Maybe it’s a troll who’s trying to flame you. It’s scary when their motives are clear, but when all they do is make their presence known, they can really start to haunt you. Funnymouth just jumps into chatrooms and lurks. funnymouth just wants to watch you. O)_(O

But then the dreams start. And they start appearing when your chat says no one is online. Who is funnymouth, and what do they want?