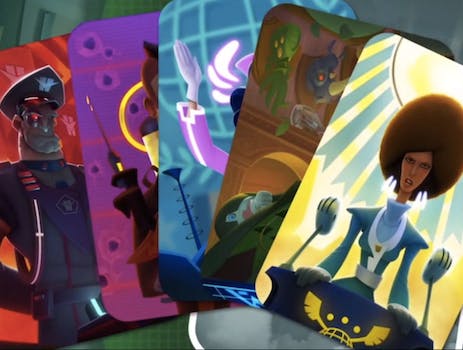 There’s nothing like sitting down to game night with friends and quickly turning them all into visceral enemies. At least that’s how it usually goes with a card game called Coup. What can you expect from a game that requires you to lie and manipulate in order to win?

The game’s publisher, Banana and Co., now wants to get the cards off the table and onto your smartphone with a Kickstarter project that’s already broken its $5,000 goal with 22 days remaining.

Here’s the gist of the anger-inducing game that forces you to ask “how much do I even like my friends?” There are five different character cards in the game, each granting you a different set of abilities. Every player is dealt two character cards face down, and you take turns exercising these abilities. They might enable you to steal money from opponents, take extra turns, things of that sort.

Here’s the rub: You can do anything you want. All you have to do is lie, telling everyone you have the according card that grants you the ability. If someone calls your bluff, you lose one of your cards. If you are telling the truth, they lose one of their cards. Last person with a character card wins.

Games last 10-15 minutes apiece, and each one is face-reddening madness. A $10 pledge brings the game to your mobile device with an expected delivery date of May this year. You can back the project on Kickstarter right here.