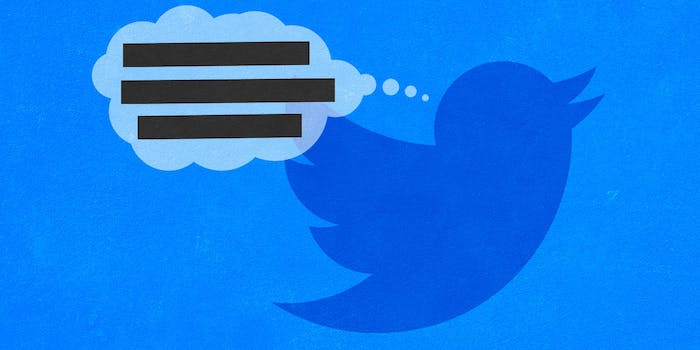 'Civil liberties and human rights advocates need to be at the table, too.'

Civil-society organizations on Tuesday urged the Obama administration not to plan counter-extremist campaigns without their input.

U.S. officials have been quietly meeting with representatives of Hollywood, Silicon Valley, and other major industries to brainstorm ways to better combat the spread of terrorism online. In a letter to the White House, 11 civil-liberties groups warned that future planning should be more transparent, giving Americans more confidence in decisions made by powerful companies and government agencies.

“When the government sits down secretly with those companies that have practical control over a broad swath of public speech and private communication,” they warned, “and especially if and when those conversations lead to voluntary surveillance or censorship measures that would be illegal or unconstitutional for the government to undertake itself, the consequences are truly global.”

“Civil liberties and human rights advocates need to be at the table, too.”

Several big companies have already embraced this effort. Twitter deleted more than 125,000 ISIS accounts in the second half of 2015, and Google said it would start serving counter-extremist ads in its search results. But in a sign of how controversial such efforts can be, Google rushed to correct false reports that its new ad program would show special search results to would-be terrorists.

By encouraging tech companies to pursue these campaigns, the letter warned, “The U.S. government may embolden abusive governments around the world to continue exerting pressure on tech companies to assist in crackdowns on dissent and the targeting of human rights defenders.”

The groups didn’t ask the White House to stop organizing meetings with powerful industries whose members shape American society. Instead, they argued that “civil liberties and human rights advocates need to be at the table, too,” in order to ensure that “the rights of all people—both in the U.S. and around the world—are duly represented.”