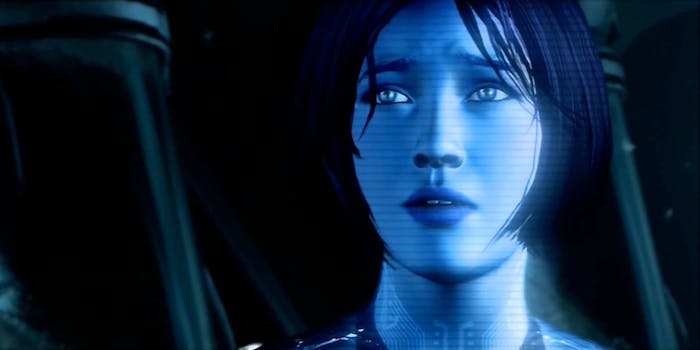 Why is Microsoft’s Cortana coming to iOS and Android?

Microsoft is quickly running out of options.

The Windows Phone platform is in desperate need of exclusive killer features that would allow it to compete with its Android and iOS counterparts. Today, Microsoft quietly revealed that its Cortana voice assistant will be jumping ship and landing on iPhone and Android handsets as well, and in doing so the company has silently admitted a certain level of defeat.

The Phone Companion App for Windows 10 is being presented as an added bonus for anyone upgrading to the newest version of Microsoft’s desktop operating system. It lets you access content on your PC from your phone and use the friendly virtual helper gal, regardless of which mobile platform you favor.

It seems like a useful tool, if not necessarily a key selling point for Windows 10, but by allowing any phone to mimic one of Windows Phone’s only real draws, it’s hard to see it as anything more than a tacit recognition of the mobile platform’s utter failure to gain traction.

Similar to BlackBerry pushing BBM out to anyone who is willing to give it a chance, Microsoft seems to have decided that smartphone owners aren’t going to buy their hardware, they may as well try to get as many people onto their software as possible.

The risk of not doing so is great: With record numbers of iPhones being sold, and Mac sales gaining more momentum at a time when PC sales as a whole are in turmoil, Microsoft can’t afford an Apple-style closed ecosystem. With the fate of Windows 10 hanging in the balance, calling the bluff of iOS and Android users could spell disaster and push even more out of the Windows fold and into the welcoming arms of OS X.

In a perfect world—for Microsoft at least—Windows Phone would have won over a sizable percentage of the smartphone market by this point, and that leverage could be used to raise Windows 10 adoption rates and further expand Microsoft’s smartphone footprint. Instead, Windows Phone continues to struggle, and without any weight to throw around, the company’s only play is to support everything it can, and do so with a forced smile on its face.