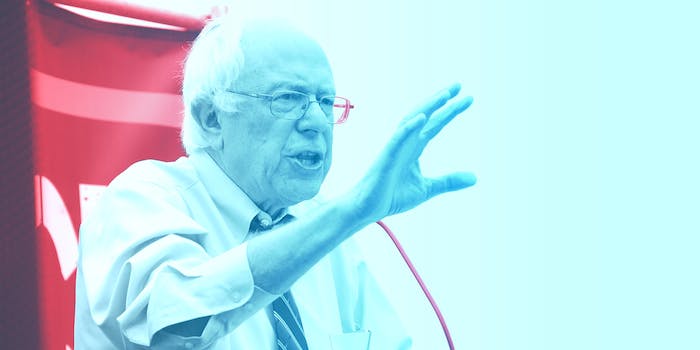 West tweeted the endorsement on Monday night, explaining that Sanders has “authenticity and integrity” beyond his 2016 rivals.

I endorse Brother @BernieSanders because he is a long-distance runner with integrity in the struggle for justice for over 50 years.

Now is the time for his prophetic voice to be heard across our crisis-ridden country. #BernieSanders

We will push him with integrity toward a more comprehensive vision of freedom for all. @BernieSanders #BernieSanders2016

The endorsement from West, a long-standing, prominent black voice in American politics, comes after the Sanders campaign faced multiple disruptive protests from the Black Lives Matter movement. The incidents brought into focus Sanders’ lack of minority support. Since then, the Sanders campaign has committed to meeting with Black Lives Matter leaders.

West also commented extensively on the candidacy of Donald Trump, the current front-runner in the Republican bid for the White House.

Brother Bernie and Brother Trump are authentic human beings in stark contrast to their donor-driven opponents.

Yet only Bernie has authenticity and integrity, whereas Trump is for real but not for right.

…and grandfather (Mr. Drumpf) was born in Germany. #Trump

Trump's kind of nativistic hostility could have excluded them.

And calls into question his commitment to "make America great again." #Trump