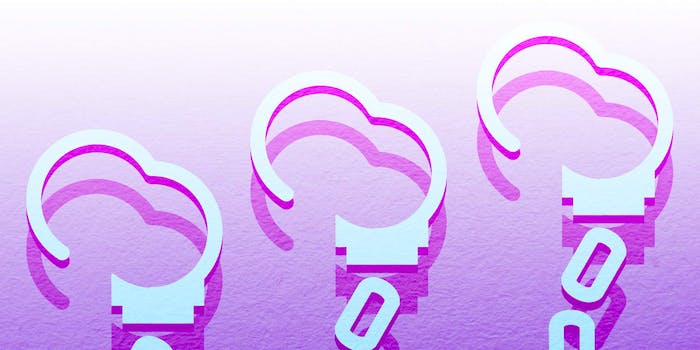 The shooting death of Michael Brown by Ferguson police officer Darren Wilson sparked a national movement to put cameras on police all around the United States. And earlier this week, President Obama announced funding for 50,000 such cameras.

But when Eric Garner, accused of selling untaxed cigarettes, was killed by NYPD officer Daniel Pantaleo, who used a banned chokehold to subdue him, the entire incident was caught in crystal clear video, including Garner telling officers, “I can’t breathe.”

A Staten Island grand jury on Wednesday voted against indicting Pantaleo despite the fact that Garner’s death was ruled a homicide by a medical examiner.

Activists who pushed for police cameras last week are now pointing to Garner’s case to say that cameras aren’t enough—that much deeper reform is needed.

The national push for police cameras gained speed around Brown’s death and then again after a grand jury declined to indict Wilson.

So much for adage that a "#GrandJury will indict a ham sandwich"…Not if it's on white bread.https://t.co/wxyhCoKV4R#MikeBrown#EricGarner

“The failure of the Staten Island Grand Jury to file an indictment in the killing of Eric Garner leaves New Yorkers with an inescapable question: How will the NYPD hold the officers involved accountable for his death? And what will Commissioner Bratton do to ensure that this is the last tragedy of its kind?,” New York Civil Liberties Union executive director Donna Lieberman said following the grand jury’s decision.

“Unless the Police Department aggressively deals with its culture of impunity and trains officers that they must simultaneously protect both safety and individual rights, officers will continue to believe that they can act without consequence.”

The NYCLU is backing the Right to Know Act, bills that require cops “to identify themselves formally to people they stop and, if there is no arrest or summons, provide a business card and require officers to obtain proof of consent before searching someone when there is no warrant or probable cause.”

So much for the idea that body cameras on law enforcement will help the communities that they serve. #EricGarner #BlackLivesMatter

police cameras aren't gonna change anything. I believe we saw a VIDEO of #EricGarner being attacked. I don't need the police officer POV