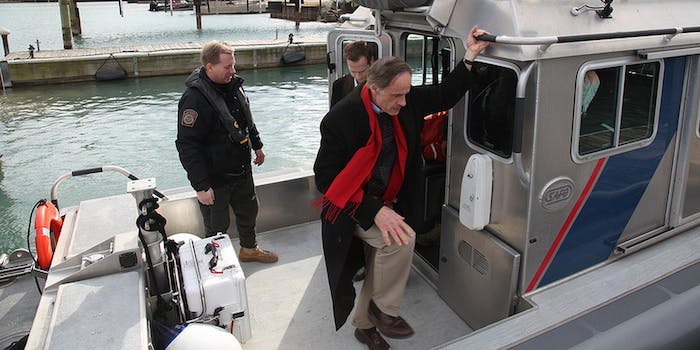 The Bitcoin regulatory hootenanny is now fully on.

The Bitcoin regulatory hootenanny is now fully on. The latest participant is quite probably the most prominent: the U.S. Senate.

Bitcoin is now a financial ecosystem with a worth estimated at more than $1 billion. In the wake of the FinCen ruling, the federal court finding, California’s shutdown notice and New York State’s subpoena party, the Senate Committee on Homeland Security and Government Affairs is launching an all-out investigation into the once-camouflaged cybercurrency beloved of libertarians and anti-statists and techie NYC nightclub owners.

Oh, they’ll investigate the other virtual currencies, too, while they’re at it.

The committee’s chairman, Thomas Carper (D-Del.) and ranking minority member Tom Coburn (R-Okla.) “sent letters to several agencies requesting that they disclose their virtual currency policies, how they developed them, how agencies are coordinating, and finally what they plan to do going forward,” according to Politico.

The letters were sent to the Departments of Homeland Security, Justice and Treasury; the Federal Reserve; the Securities and Exchange Commission and Commodity Futures Trading Commission; and the Office of Management and Budget.

The letter read in part, “Virtual currencies appear to be an important emerging area.” Dealing with them “demands a holistic and whole-government approach to understand and provide a sensible regulatory framework. … As with all emerging technologies, the federal government must make sure that potential threats and risks are dealt with swiftly. However, we must also ensure that rash or uninformed actions don’t stifle a potentially valuable technology.”

The letters did not come out of thin air. The committee has spent the last two months interviewing academics, bureaucrats, tech industry nabobs and financial specialists. There are currently no hearings scheduled and has not announced any planned legislation.

What is clear is that Bitcoin is on the cusp of, if not its majority at least its exit from infancy. Even those governmental officials not outright opposed to giving the non-fiat currency its head are concerned that a regulatory framework be established that is capable of handling the probable problems without checking the new economy seems to be building.

Hopefully those who are contemptuous of Bitcoin and those on the other side who are disdainful of all regulation will not unite to kill the currency out of sheer righteousness.