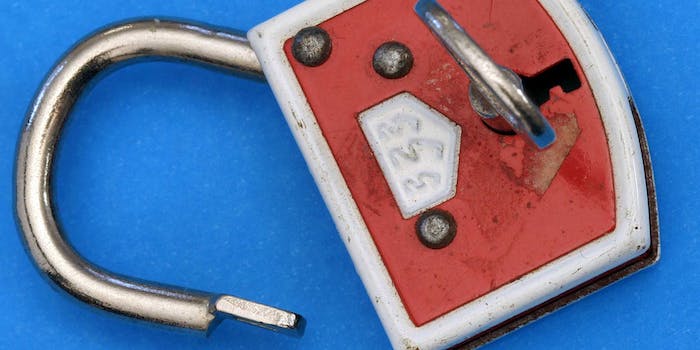 Congress wants to let you unlock your cellphone

Congress has finally thought up a bill to make it legal to unlock your cellphone again.

Congress has finally thought up a bill to make it legal to unlock your cellphone again.

Called the Unlocking Technology Act, it has a simple goal: to fix that silly section of U.S. law that says it’s actually a copyright violation to use your cellphone for a purpose besides what’s intended by its manufacturers.

And it’s backed by an Internet all-star team in the House. The bill was written by Zoe Lofgren (D-Calif.), known for asking Reddit for help in creating “Aaron’s Law,” in honor of the site’s late cofounder, Aaron Swartz. It’s also sponsored by two signers of the Declaration of Internet Freedom, Anna Eshoo (D-Calif.) and Jared Polis (D-Colo.), as well as Thomas Massie (R-Ky.).

“Americans should not be subject to fines and criminal liability for merely unlocking devices and media they legally purchased,” Lofgren said in announcing her bill. “If consumers are not violating copyright or some other law, there’s little reason to hold back the benefits of unlocking so people can continue using their devices.”

It seems nearly everyone agrees that the law, a provision of the ever-problematic Digital Millenium Copyright Act, needs reform. Nearly 115,000 Americans signed a successful White House petition to fix it. The Obama administration readily agreed, though it wasn’t sure if reform would come from the FCC or an act of Congress.

Sina Khanifar, an outspoken activist on the issue and founder of the website FixtheDMCA.org, gave his unabashed approval.

“Your unlocking bill is awesome. Thank you!” he tweeted to Lofgren.

As such, he’s modified his site, which is supported by a number of web companies with activist tendencies, like Reddit and the Internet Archive, to let visitors email their representatives in Congress to support the bill.