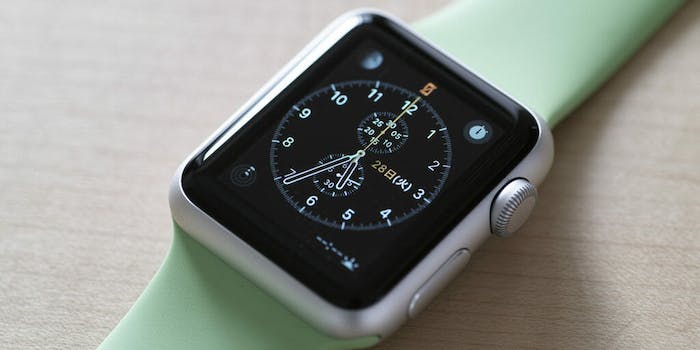 Time's up for some major apps on the Apple Watch.

If you browse through popular titles in the iOS App Store, you may notice something curious. Several big-name apps that previously offered Apple Watch counterparts… don’t anymore.

Google Maps, eBay, and Amazon have all quietly pulled support for Apple’s wearable, Apple Insider discovered. There are a variety of reasons this could have happened. Perhaps these companies didn’t see great enough usage to validate the resources to keep their Watch apps updated. Maybe they’re re-thinking their Apple Watch strategy (or retooling it using new APIs ahead of WWDC in June). Or perhaps, in the case of Google’s app, it’d prefer to keep its smartwatch app exclusive to the Android Wear platform—especially since on iOS, Apple Maps is vastly more popular than Google Maps, according to some recent stats.

In a brief statement, Google said, “We removed Apple Watch support from our latest iOS release but expect to support it again in the future.” Amazon, by comparison, may have pulled its Watch app for good.

“We are constantly innovating on behalf of our customers,” Amazon told CNET in a statement. “There are a number of reasons we don’t think this is the right solution for our customers at this time. We are always trying new things and look forward to experimenting with wearable solutions in the future.”

Getting shipping notifications for Amazon purchases or bid status updates for eBay both sound like useful alerts to get on an Apple Watch. However, it’s clear that health and fitness seem to be one of the key interest areas for Watch owners. (In fact, according to Macworld, health apps are the key reason the device is a must-have.) Even one of the newest Apple Watch favorites—Pokémon Go—has a strong fitness tie-in.