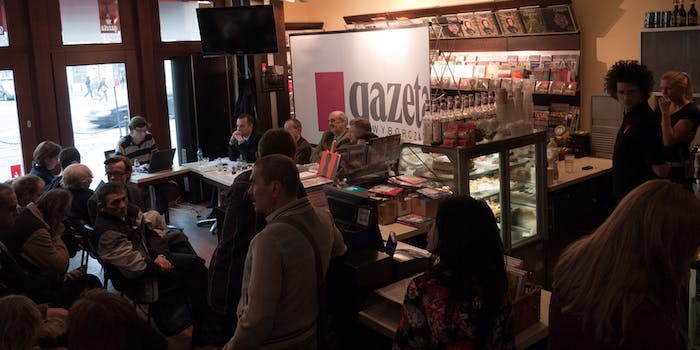 Count your calories and your customers.

It’s happened to us all: You go into your favorite coffee shop or gym and find out it’s more crowded than Walt Disney World in the summer.

Using infrared technology and voltage spikes, the device reportedly tracks how crowded a place is. Co-developer Andrew Farah says that the device, which business owners will hopefully place onto their doors, returns results that are “90 percent accurate.” Subscribers will be able to see, in real time, exactly how crowded an establishment is before they even leave their houses.

According to the Next Web, Destiny’s API will cost $25 per month to access, and the end goal is mass adoptions across cities. Farah and his fellow developers plan to test Destiny toward the end of the summer in businesses in New York City, Portland, and Austin.

H/T The Next Web / Photo via Howard Russell/Flickr