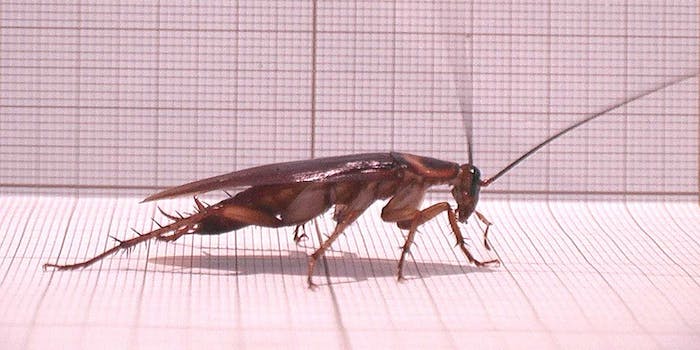 They might be creepy, but they could save your life one day.

Cockroaches are often hailed as one of nature’s most rugged and durable species. Their ability to traverse virtually any terrain is legendary. So it was only natural, albeit creepy, that a team of researchers from PolyPEDAL Lab, Biomimetic Millisystems Lab, and the University of California–Berkeley used the bugs as inspiration for a tiny robot that skitters through gaps that other bots simply can’t penetrate.

The robot, built with the discoid shell so common among roaches, easily turns itself sideways to squeeze through a gap that otherwise would have stymied it.

As you can see from the back-to-back comparison, the robot behaves exactly like its organic counterpart—and it also somehow manages to be just as creepy.

Thankfully, these tiny crawlers are being designed for search-and-rescue missions. Someday, a tiny robotic bug like this might navigate tight gaps to locate human survivors trapped in difficult-to-reach areas.

Photo via suttonls/Flickr (CC BY SA 2.0)