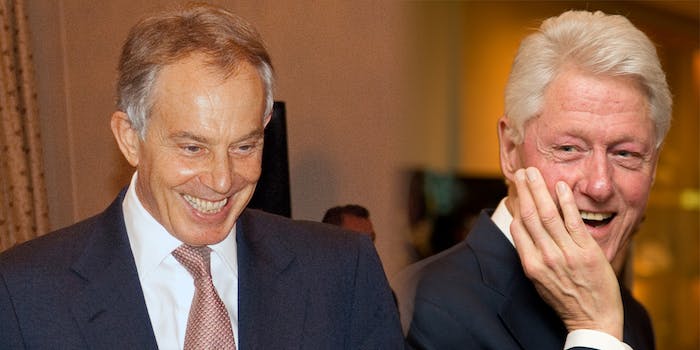 Can you tell which Bill Clinton and Tony Blair transcriptions are actually real?

On holding bananas and punching hams.

Imagine, if you will, a conversation between former U.S. President Bill Clinton and former U.K. Prime Minster Tony Blair.

Not a serious discussion about military intervention in Kosovo or planning how to a negotiate an international trade dispute with China. More like the type of conversation that would occur if the pair starred in a zany comedy about two world leaders going on an undercover backpacking trip across Europe with Clinton as the blustery, gregarious Yank and Blair as the uptight, proper Scot.

Based on a series of transcripts of telephone conversations between Clinton and Blair made public by through a Freedom of Information Act request by BBC journalist Martin Rosenbaum, what you’re envisioning about the back-and-forth banter between the world leaders is probably pretty accurate.

The transcripts, taken from calls made between 1997 and 2000, provide an often entertaining window into the close, personal relationship between two of the most powerful people on the planet. Since the conversations are kind of hilarious, it’s not a surprise that someone quickly took the the template and used it for satire.

Comedian Michael Spicer created a bunch of fake transcripts that are both amazing and also adhere so closely to the edge of believability that many people on Twitter were totally convinced they were real.

“I did write these in the hope a number of people might think they were real. I never anticipated how large that number would be,” Spicer explained in an email to the Daily Dot. “I’m very flattered in a way because it means I got the tone of the genuine conversations just right.”

Spicer attributes the interactions between Clinton and Blair as being ripe for humor due to a trans-Atlantic culture clash that’s mirrored by a similar clash of personalities. “Clinton seems willing to joke and veer off on surreal and eccentric tangents whereas Blair stays unmoved, almost cold and apologetic,” he noted. “Perhaps he was uncomfortably shy because he was talking to the President of the United States. It’s clear he just couldn’t join him on his offbeat non sequiturs.”

Can you tell the difference between the real transcript excerpts and Spicer’s fake ones?

1) Bill Clinton & The Case Of The Mandatory Banana 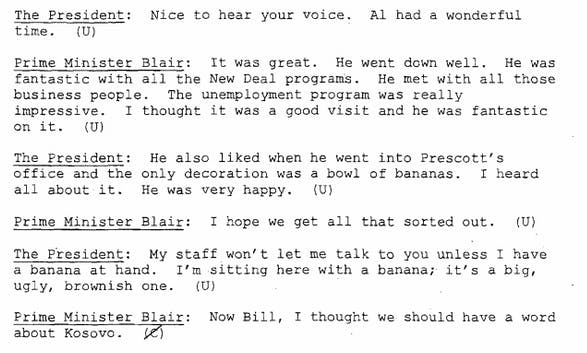 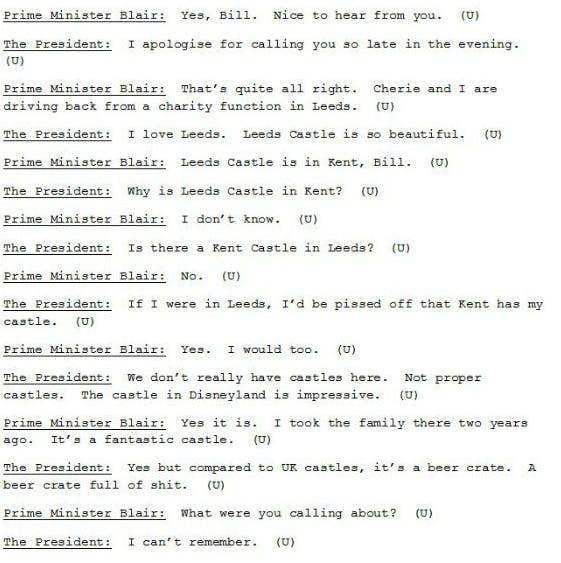 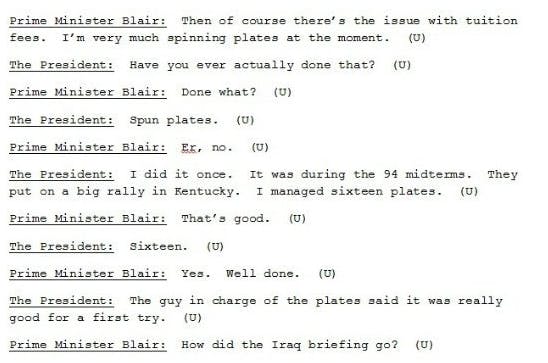 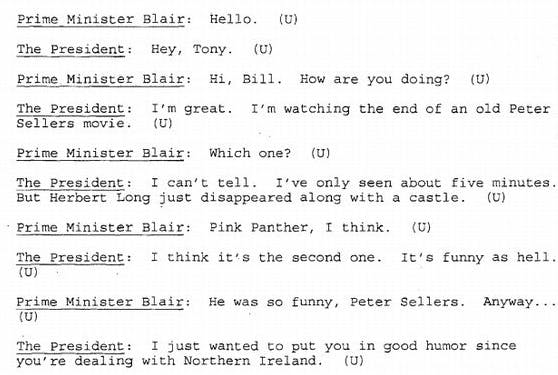 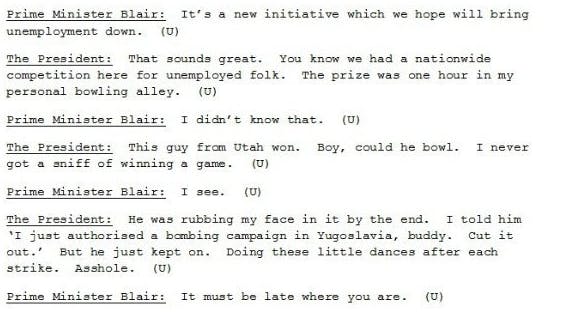 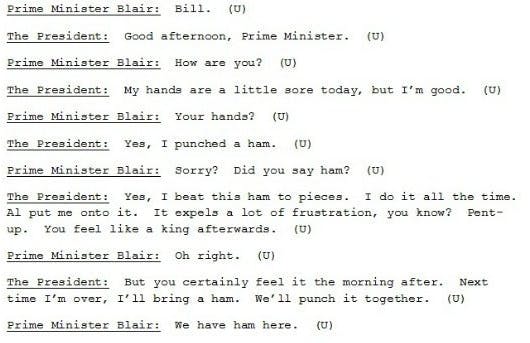 So, how did you do? Does your score not matter after realizing that the image of Clinton and then-Vice President Al Gore folding slices of ham into a knuckle sandwich existed only in your imagination?

Think about it this way: There’s no evidence the ham beating really happened. But there’s also no evidence it didn’t happen.