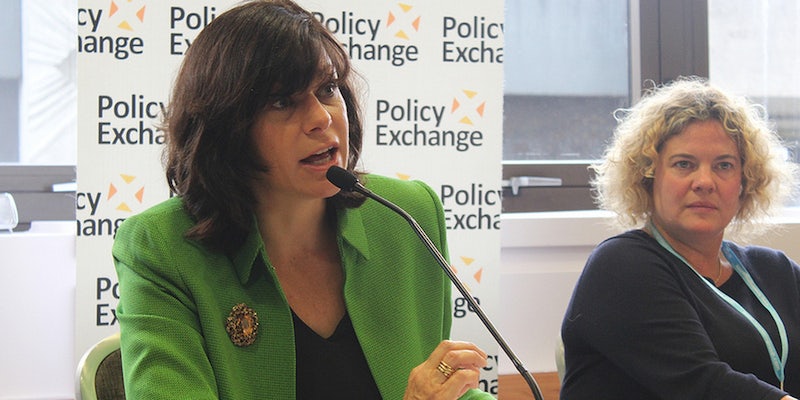 This politician got what she wanted, and then some.

Almost every major ISP in the U.K. has now implemented the content filters, which act as a kind of “net nanny” service to block hardcore porn, extremist political sites, drugs, alcohol, violence and suicide-related content, and a selection of other topics deemed inappropriate for children to be viewing online. When setting up a new Internet connection, customers are given the option of modifying or opting out of these content filters, but it still took less than 24 hours for someone to create a proxy service that allows people to circumvent the filters if they didn’t have access to their own ISP.

Perry displayed a worrying lack of working knowledge of Internet culture earlier this year, when her website was hacked and flooded with NSFW content. She promptly pinned the blame on well-known political blogger Guido Fawkes, threatening to call the editor of the Sun, a tabloid newspaper where Fawkes wrote a regular column. This reaction was widely derided both online and by the mainstream press, as there was no evidence that Fawkes (or, indeed, the Sun newspaper) had anything whatsoever to do with the attack.

Not only is the blocking of Perry’s website proof that the content filters are overzealous and inaccurate, but it’s also a perfect illustration of why they will almost certainly never be fully effective. As long as the filters attempt to block any and all mentions of sex and pornography, the only way to prevent mistakes like this will be to individually remove the blocks on harmless websites whenever they are reported. And, of course, a recent BBC investigation has already indicated that many of the filters are not even effective when it comes to blocking “real” inappropriate content in the first place.