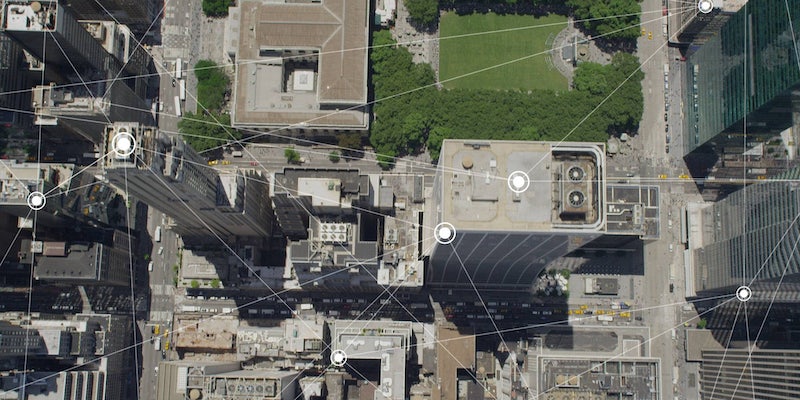 The City of Tomorrow

Self-driving cars are only the beginning.

One hundred years from now, what will our cities look like?

It’s an important question. Right now, half the world’s population lives in cities, with metropolitan centers contributing 70 percent of global greenhouse gas emissions. Add to the equation the fact that the world’s population is projected to increase from 7.4 billion to 9.6 billion by 2050, and it’s clear that we need to put some deep thought into how we want our cities to run.

So just what will the city of tomorrow look like?

Thanks to an initiative presented by Ford, leading industry experts are discussing just that.

Ford has engaged many in these City of Tomorrow discussions, including partner VICE, and social and economic theorist Jeremy Rifkin. Rifkin’s theory on the Third Industrial Revolution involves the convergence of three things: new forms of communication, new sources of energy, and new modes of transportation. Especially as it concerns the future of our cities, all three are necessarily interrelated, and with the rapid pace of technological advances, such a convergence may not be so far off.

Picture this, if you will: a city of autonomous, self-driving vehicles powered by renewable energy. The infrastructure of the city is shaped by greater connectivity and total multi-modal mobility. Travel within the city is run on a fully-integrated transportation operating system.

Self-driving cars are just one component of the integrated operating system. They drive on dynamic roads, which allow them to shift their trajectories instantaneously to avoid pedestrians and obstacles. Car accidents and traffic jams are obsolete. Since they are electric, they release no carbon emissions. And there’s no need for parking spaces because self-driving cars can simply drop off passengers and keep driving until someone else needs to be picked up. No more parking spaces mean much more room for green spaces, pedestrian walkways, and bike lanes.

Everything is holistic, organic, and inter-connected. It is a city for everyone.

The city is powered by renewable energy sources, like wind and solar power. Urban greenhouse gas emissions have plummeted. It is more walkable and pedestrian-friendly. There are more parks, gardens, and green spaces. Crowdsourced, dynamically routed shuttles and high-speed mass transit provide greater access to public transportation. Emergency drones deliver medicine and other supplies when triggered by wearable technology. Everything is holistic, organic, and inter-connected. It is a city for everyone.

But we’re not talking about 100 years from now. We’re talking about 30 or 40 years from now. It’s not so far-fetched. As new technologies emerge and new infrastructure is built, our cities can be rapidly transformed. Indeed, smart cities will be pivotal in creating a carbon-free economy to help curb climate change.

No one can say exactly what the future holds, but Ford & VICE are committed to exploring the ideas, challenges, and solutions to make our global cities sustainable and efficient into the coming decades and beyond. Join the conversation and take a leap forward into the City of Tomorrow.