We watched it so you don't have to. (But you should still watch it.)

Exciting stuff, but I managed to catch a showing a week ago, at the British premiere. Veteran journalist Ewan MacAskill took the stage afterwards to celebrate Snowden’s actions—and I also caught up with Guardian editor Alan Rusbridger, to chat about smashing hard drives and Glenn Greenwald.

But seriously, who watches films these days? Here’s everything I learned from the film and the exclusive Q&A with director Laura Poitras, so you can pretend to have seen it early and impress all your Snowdenista friends: 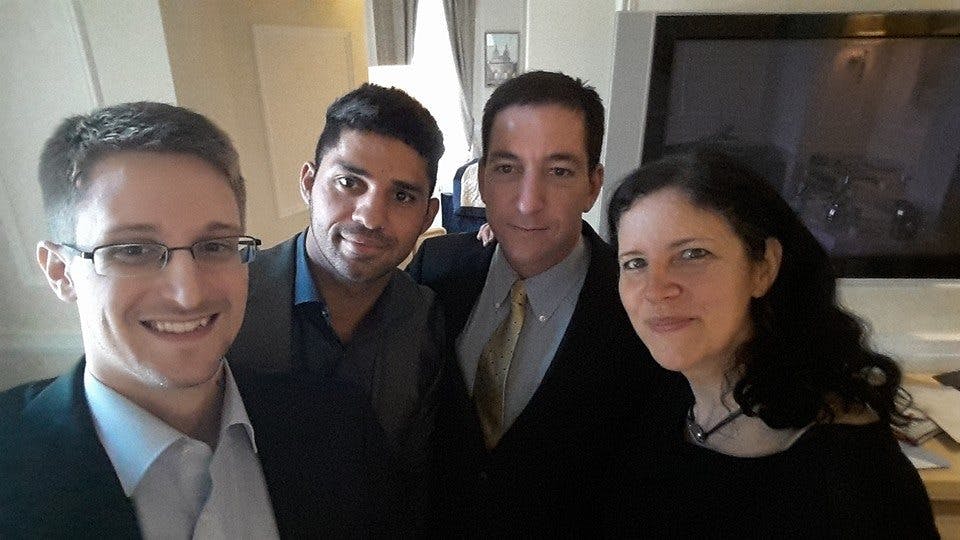