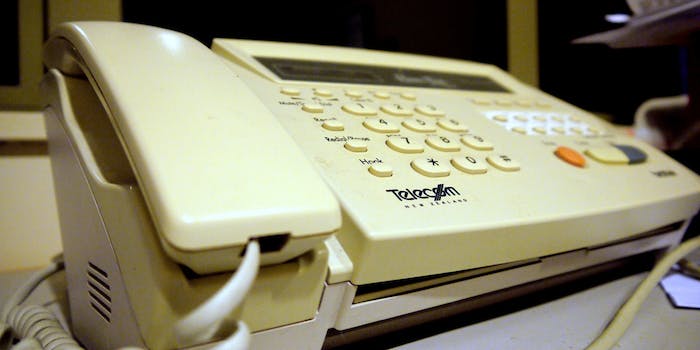 Privacy groups ramp up fight against CISA with… fax machines?

Out with the new, in with the old.

Privacy activists are turning to fax machines to stop a controversial cybersecurity bill from passing the Senate.

The Electronic Frontier Foundation, the American Civil Liberties Union, Access, and Fight for the Future want to stop the Cybersecurity Information Sharing Act, which is expected to come up for a vote next week after the Senate finishes highway funding legislation. Civil-liberties groups fear that CISA, which lets companies sharing cyberthreat information with the government, would empower the NSA to scoop up more of Americans’ personal information using legislative loopholes.

The groups have joined together in a Stop Cyber Spying coalition, and as part of their campaign, they want to blitz senators’ offices with old-fashioned paper complaints.

“Congress is stuck in 1984. It doesn’t seem to understand modern technology,” the coalition says on its website. “So we’re going to communicate with it in a way it’ll understand: With faxes.”

The website includes an embedded tool where anyone can modify a generic message to Congress and click “Fax now” to send the message.

The bill would let companies launch “defensive measures” in response to cyberattacks on their own systems, but it doesn’t define those measures. Privacy groups worry—and some news organizations have reported—that the bill’s vague language could lead to an escalation of digital destruction and domestic surveillance.

“CISA is fundamentally flawed because of its broad immunity clauses for companies, vague definitions, and aggressive spying powers,” the EFF said in a blog post. “Combined, they make the bill a surveillance bill in disguise. 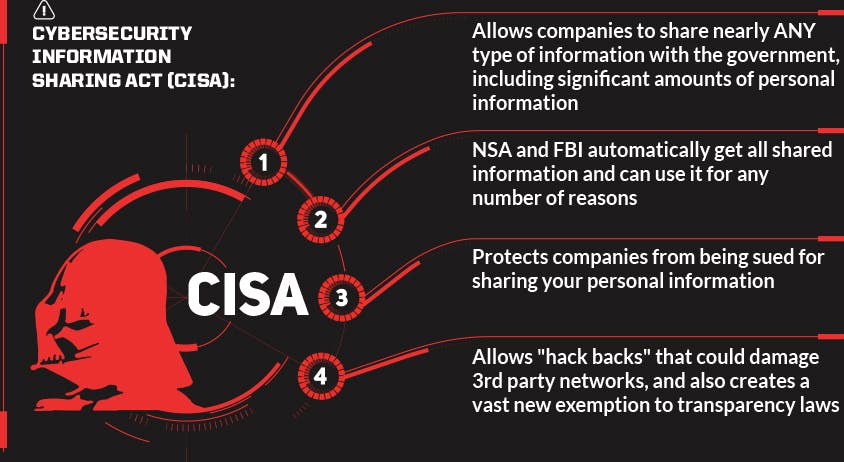 CISA passed the Senate Intelligence Committee 14-1, with Sen. Ron Wyden (D-Ore.) casting the lone no vote. In a statement, Sen. Richard Burr (R-N.C.), the committee chairman, and Sen. Dianne Feinstein (D-Calif.), the committee’s top Democrat, agreed that the bill would lead to better security for Americans and the private companies storing their data.

A spokeswoman for Burr declined to comment on the anti-CISA fax campaign.