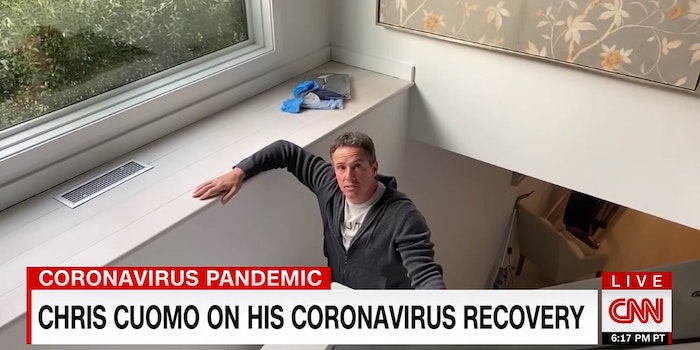 Chris Cuomo accused of staging reemergence from basement after quarantine

Cuomo was recently spotted outside his Hamptons home when he was supposed to be quarantining.

CNN aired a segment claiming to capture the exact moment Chris Cuomo emerged from his basement after being in quarantine for weeks while battling the novel coronavirus, but some are calling the whole scene fake news.