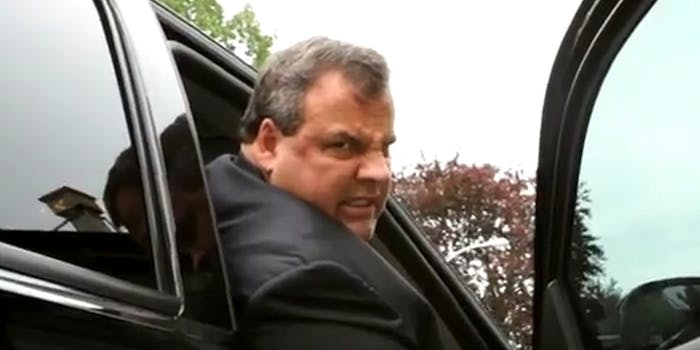 Chris Christie caught up in Twitter fight over train delays

Although the 2016 presidential race is still two years away, some differences are already emerging in the field of likely Republican candidates. For example, if you ask Rand Paul a question he doesn’t like, he’ll probably walk away. But that’s not New Jersey Gov. Chris Christie’s style, who took a break from his recent California vacation to pick fights with stranded commuters back home.

On Aug. 8, an NJ Transit commuter train was delayed because of a track issue and, upon hearing of the problem, Christie decided to send a little message of encouragement.

According to NJ Transit, the delays have been caused by an Amtrak track issue which is now repaired. I know it’s aggravating. Hang in there.

But Christie apparently underestimated how volatile of a population stranded commuters are on a hot day in August.

.@GovChristie Hour and a half delays. Immense need to upgrade old and crumbling transportation infrastructure

@GovChristie, hang in for what? There are no infrastructure improvements in the works. You canceled them. Emergency repairs only…

Now, just about any other politician in… well, the world, would let a few critical tweets just pass by. After all, it doesn’t really benefit you to get into a Twitter yelling match with the people you represent. But that’s not Christie’s style.

@njtranshit They were cancelled because NJ taxpayers alone would have footed the $3-5b in cost overruns. I will not sign a bad deal 4 NJ

Christie and one commuter in particular, Patrick Daly, got after it in a back-and-forth tizzy the likes of an Atlantic City boxing match; albeit about infrastructure spending.

@GovChristie ARC TUNNEL. You are killing our home values and the NJ economy. We HANG IN THERE at least with delays, 4 times a week.

@patrickdaly The ARC tunnel to Macy’s basement, complete with $3-5b in cost overruns borne solely by NJ taxpayers, was a bad idea.

@GovChristie Conflated argument. The real question is how much will it cost in the future..you do know how old the preset tunnels are right?

@patrickdaly Not a conflated argument. where were we getting the add’l $3-5b? Why should NYC not contribute to the cost given the benefits?

@GovChristie Well maybe you asking that question just shows how little vision you have, you know and I know the over run costs are inflated

@patrickdaly How do you know that? I know the numbers and, unlike you, have responsibility to all NJ taxpayers. Why no money from NY?

It didn’t take long for the conversation to get personal.

@GovChristie Sir, no need to demean me. The GAO disagreed with you, most editorial boards as well. And there was PA $ which is partly NY $.

@patrickdaly Also, any demeaning began with you sir. Review your tweets. If you act that way, I will call you out on it.

The exchange continued on for a while before both guys basically just got tired and no one really won, except Daly who received some praise from fellow Twitter users.

@patrickdaly you sir, are my hero. I wouldn’t have the patience for the obvious response you got.

One can only hope that if Christie does run for president, this is how he deals with issues on a national level. At the very least, it would be entertaining.