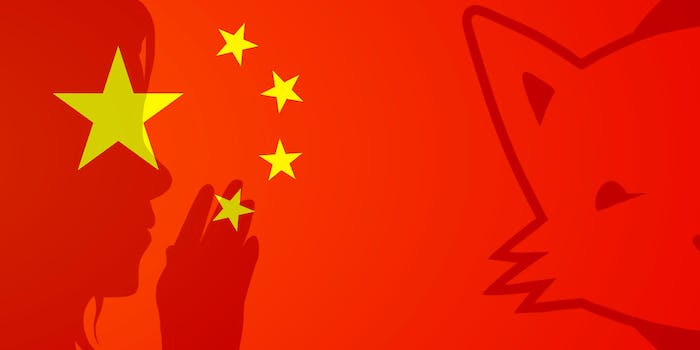 There are Chinese clones for Secret and Whisper—but can they actually keep secrets?

The clones are coming—but they're missing one important thing: A government that allows free speech.

Anonymity apps like Whisper and Secret have spiked in popularity over the past few months, and fledgling startups like Yik Yak, Erodr, and Sneeky are giving people who want to post without revealing themselves options. Even Facebook, with its famously strict real-name policy, is mulling ways to incorporate anonymity into its services. This isn’t a fleeting trend. In many ways, it’s a return to an older online standard.

Anonymity and pseudonymity have been important to the Internet and online communication since people started logging on. In chat rooms and message boards, usernames rarely contained real names or identifiers. The idea that the online self and the offline self could be partitioned into separate spheres that needn’t cross-identify lost favor as social networking went mainstream, led by Facebook, which required real names.

You can still see vestiges of the old antipathy to real name outing on 4Chan; when Gawker outed, or “doxed,” a pervy Redditor in 2012, some members of the community were irate that the unofficial policy on retaining anonymity was broken. But for most people, the value of outing a troll outweighed the value of permitting unfettered anonymity. Using a pseudonym or disguising your real name became a signal you were up to nefarious misdeeds, that you were a troll.

But recently—and not coincidentally, following a year of distressing revelations about government surveillance—interest in anonymity is rekindling. Anonymity is no longer a coward’s cloak for trolls; it’s a welcomed opportunity to remove oneself from what can feel like uncomfortably close scrutiny and relentless behavior cataloging.

Online anonymity is compelling. The freedom to say anything without having to publicly claim the words propels people to reveal controversial opinions, private peccadillos, flaming longings; it allows users to test out ideas they’re not ready to own, and share the furtive burdens weighing on their consciences. They also make it easy to criticize, which is troubling when the criticism leads to bullying but important to political freedom when it leads to providing an outlet for dissent.

The rising popularity of anonymous messaging apps is a more complicated phenomenon abroad, because while anonymous speech is strongly protected by the First Amendment with the U.S., in other countries, it does not have as robust a legal guardian (although it is supposed to be upheld by article 19 of the U.N. Declaration of Human Rights).

Recently, two anonymous messaging apps have become popular in China. The app Mimi closely resembles Secret, while the app Xiao Sheng looks and functions like Whisper. Sure, one is jankier than the other, but they’re basically the same. These apps have only just been released, but the traction they’re gaining in China shouldn’t come as a surprise.

While China has a number of native social networks, like Weibo (formerly Sina Weibo), its mainstream networks aren’t set up for anonymity. There’s a very good reason for that: the Chinese government. “If you’re a platform for anonymous speech and you move into China, you may as well think of it as ‘anonymous-except-for-the-government,’” said Electronic Frontier Foundation global policy analyst Eva Galperin.

Secret’s creator David Byttow isn’t impressed with Mimi. “Mimi is a blatant copy,” he told the Daily Dot. But while Mimi and Secret have a near-identical appearance and function, there is a major difference. Secret is serious about protecting user anonymity. Although it does require users to share their phone number and contacts, it “salts” the data to encrypt. It’s definitely not foolproof, but the company encrypts data to make it difficult to match what gets posted with its users. Mimi’s claim to anonymity security is even more tenuous; as Tech In Asia pointed out, Chinese users must register with their phone number, and their phone number is linked to their national ID number—and Mimi keeps that on record. 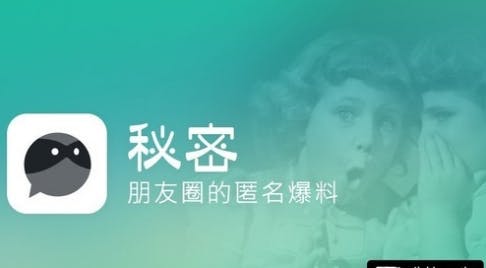 “Certainly, users of the Chinese service are not under the impression that anything they say is secret from the government,” Galperin noted. So, since Mimi and Xiao Sheng cannot have the same claims to anonymity as Secret and Whisper, they’re clones with severe defects, although Secret and Whisper would fare no better in China.

Secret is only available in the U.S. and Canada right now, but Byttow told the Daily Dot to expect international expansion soon. Whisper is already available internationally. Brooks Buffington, the cofounder of Yik Yak, another anonymous messaging app, told the Daily Dot he is focused on developing the app domestically—but brought up something many of the anonymous apps must’ve considered by this point.

“We do believe that Yik Yak could be a very powerful tool for protesters in foreign countries,” Buffington says. “Our app not only allows people to easily connect with one another in those types of situations, but the fact that we don’t require profiles can also give people peace of mind.”

Right now, these apps are not being used for political organization in the same way that larger social networks like Twitter and Facebook are. The potential, however, is enormous. As recently underlined by the Turkish government’s attempt to ban Twitter, social apps have stoked dissent abroad (and, as evidenced by Occupy Wall Street, at home). Apps like Whisper and Secret, with their extra emphasis on anonymity, could become organization tools for political protestors looking for some way to obscure their identities online.

Political groups are already creating their own anonymous messaging platforms abroad; in Ukraine, a right-wing militia developed an Android app that includes anonymous chats. The app only holds data for five hours as a security precaution, and the developer is working on a geo-blocking feature that will prevent Russians from logging on. So far, it hasn’t been blocked yet, but if the app become a substantial tool, it will likely run into trouble.

Every country has different policies and regulations when it comes to monitoring citizens online, and if anonymous messaging apps do become organizing tools, this could lead to problems. In 2012, South Korea stepped back from the law enacted in 2007 requiring citizens to register their real names and government ID numbers before logging on to popular chat portals. Although the ROK faced both international and internal pressure to relent on the law, it only gave up after a leak caused the personal information of 35 million Internet users. But this sort of law could crop up again both in South Korea or in another country with a government concerned about an increase in political unrest spurred by the rise of anonymous organization tools, and Chinese Internet policies continue to limit anonymity and pseudonymity.

China is already adept at censoring posts that the government finds objectionable on social networks like Sina Weibo; researchers believe the Chinese government uses a surveillance keyword list to trawl posts. This will likely happen or is already happening on Mimi and Xiao Sheng. But researchers also believe the Chinese government identifies individual posters as high-risk and pays attention to their posts more carefully. If Mimi and Xiao Sheng can develop ways to truly hide the identities of posters from the government (and that’s a big “if”) then they may become viewed as better apps for sharing politically controversial views because it will be harder to track exactly who said what. But under current policies, that’s unlikely. And if Secret and Whisper want to break into the Chinese market, their claims to anonymity will be castrated by the different government expectations regarding real names.

The U.S. has a far more tolerant stance on online anonymity than almost anywhere else. But that does not mean it is an unpierceable shield; people can unmask anonymous trolls in certain ways, by getting subpoenas and petitioning Internet Service Providers. Unless someone takes great pains and is extremely savvy it is hard to guarantee your own ironclad anonymity if someone has legal cause to out you. And during times of political tension, dissenters must still reach for anonymous messaging tools to avoid legal issues. It is important to note that anonymous messaging apps have been used by political protesters domestically to evade politically-motivated arrests. For instance, during Occupy Wall Street, participants were identified through Twitter and Facebook and later faced repercussions. To avoid getting arrested, some protesters used Vibe, an anonymous messaging app that deleted messages after a set of time, as an organizational tool. While U.S. policies on both protest and anonymity are so much more tolerant than those in China that they’re difficult to compare, it does not mean political dissidents haven’t felt the need for anonymous messaging apps as organizational tools.

So even though Mimi and Xiao Sheng look like Secret and Whisper, there’s no way they can replace the anonymity apps in China… and there’s pretty much no way Secret and Whisper could move into China without changing their claims to anonymity. As anonymous messaging apps gain traction internationally, it will highlight how freedom of speech laws vary from country to country. Perhaps it will inspire people to engage with politicians to expand free speech laws.

More likely, it will propel crises within governments uneasy with anonymous language. Either way, I anticipate anonymous messaging apps will gain traction as a social tool and as a political organizing tool globally over the next few years. Mimi and Xiao Sheng may just be ripoffs, but they may be politically important ripoffs if Chinese users try to protest with them.