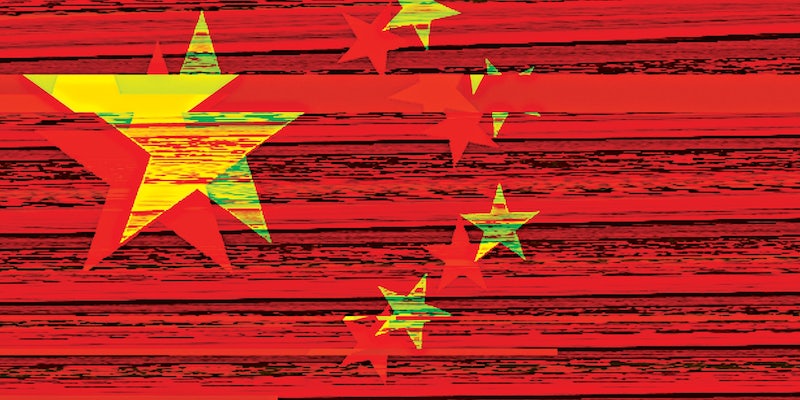 China says it based controversial encryption proposal on U.S. law

Beijing is essentially saying, 'We learned it by watching you.'

The Chinese government on Wednesday brushed aside concerns about a new anti-terrorism proposal that could force Western tech companies to weaken their encryption, calling the measure “reasonable and fair.”

The proposal, which could become law as soon as the end of the month, is controversial primarily because its effects on the technical operations of foreign companies operating in China are unclear. Experts worry that the final language could permit Beijing to demand that companies install “backdoors” in their encryption, letting the notoriously repressive regime bypass protections on users’ communications.

The Chinese government is well-known for operating an aggressive campaign against leakers, whistleblowers, and dissidents, closely monitoring the communications of any Chinese residents who spread messages antithetical to that of the Communist Party. If the government could require services like Gmail and Facebook to be accessible to its agents in some form, that would greatly increase its reach into those private communications.

Hong Lei, a spokesman for the Chinese Foreign Ministry, rebuked these criticisms of the draft law, comparing it to American statutes like the Communications Assistance for Law Enforcement Act, which requires Internet and phone service providers to build their products in a way that allows law-enforcement wiretapping.

But CALEA, unlike China’s proposed law, applies only to service providers, not to content providers like Google, Twitter, and Microsoft. Civil-liberties advocates fought hard to keep those companies exempt from CALEA’s wiretapping mandates during debate about the law in the 1990s.

In the wake of terrorist attacks in Paris and San Bernardino, California, some U.S. lawmakers and senior officials have sought to ban strong, end-to-end encryption by requiring U.S. firms to add backdoors to their encryption. Those efforts, part of a decades-long fight known as the “crypto wars,” have run into strenuous opposition from security experts and privacy groups, who have compared the backdoor crusade to China’s controversial counterterrorism proposal.

Lei, however, denied that China wanted to mandate backdoors. “This rule won’t limit the lawful operations of companies, does not provide a ‘backdoor,’ and will affect neither the firms’ intellectual property nor Internet users’ freedom of speech,” he told Reuters.

He added that China was “dissatisfied” with comments on the law from the State Department. A department spokeswoman on Tuesday said the United States had “serious concerns” about the law.