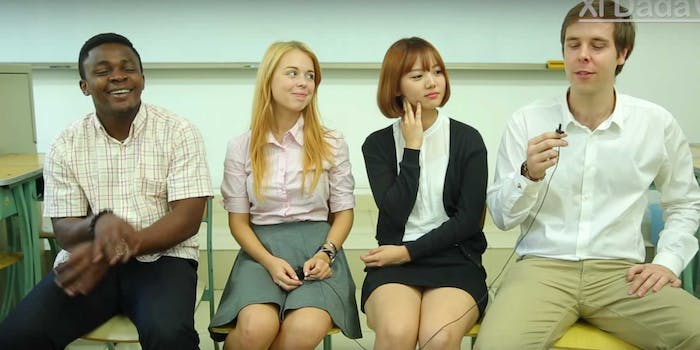 Subtlety is not Beijing's strong suit.

How do foreign visitors feel about Chinese President Xi Jinping? Let’s take a look at this totally natural and unscripted video starring a group of international students in Beijing.

As propaganda videos go, this one is not particularly subtle.