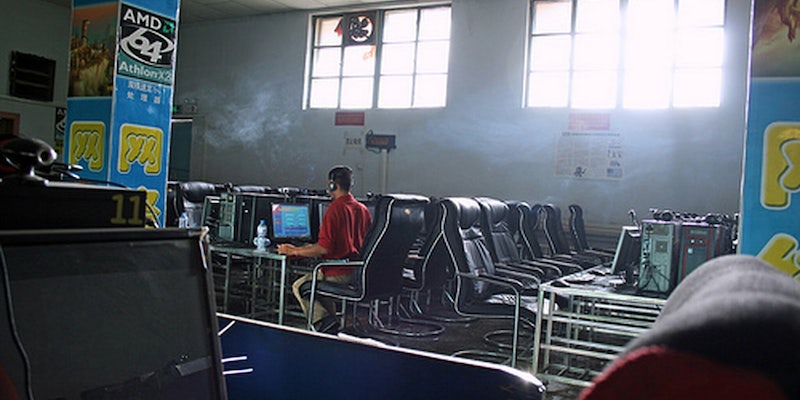 In the wake of an uproar online over a train accident, China is looking to curb microblogging services in its favor.

China is moving to rein in the country’s burgeoning Twitter-like microblogging services, according to an official document released during the communist party’s plenary meeting in Beijing.

Microblogging sites have become a key source for uncensored news and criticism of the communist party. The document notes that strengthening the Web’s “ideology” and “culture” is an “urgent” goal of the party. The government will promote “constructive” websites and limit the flow of “harmful information,” Bloomberg reports.

The language in the document is vague but carries the weight of official public policy. And, as China blogger Bill Bishop notes, it’s yet another in a series of signals that China plans to tighten its control over the services.

“Tightening is coming, the question is how far it will go,” Bishop wrote on his blog, Digicha.

China’s largest microblogging service, Sina Weibo, boasts about 195 million members. (Twitter is blocked in China.) WeiBo was instrumental in forging and directing public outrage after a train derailed earlier this year, killing 39 people and injuring 192 more. The crash was caused by a faulty signaling system, but many blamed official graft and corruption for the oversight.

That commentary is no doubt the kind of “harmful information” the government will seek to curb. Escalated by Weibo’s millions of users, the crash became a public relations disaster for the government.

China doesn’t want to close the services down, however. It just wants to make sure it has a hand in what information spreads and where it goes.

As Keso, one of China’s top tech bloggers observed a few months ago about Beijing’s attitude towards microblogging (translated by Digicha): “People need an outlet for their views and emotions, and a visible one is safer than an invisible one.”