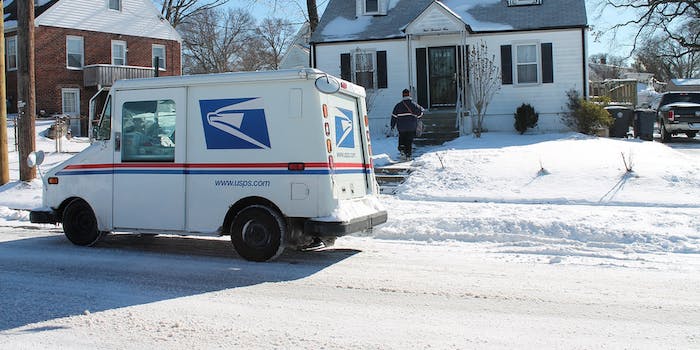 It's not yet clear who the hackers really are.

Chinese hackers allegedly broke into the computer networks of the United States Postal Service (USPS) earlier this year and made off with the personal information of hundreds of thousands of USPS workers.

Information on more than 800,000 USPS employees, including the postmaster general, is said to be among the compromised data, the Washington Post reports. Although the breach was discovered nearly two months ago, the Postal Service reportedly waited until this past weekend to patch the compromised systems, which had exposed the names, dates of birth, Social Security numbers, addresses, and dates of employment of every USPS employee, according to Postal Service officials.

Other information is said to have been stolen, including the names, email addresses and phone numbers of U.S. citizens who contacted the USPS customer care center by phone or email between Jan. 1 and Aug. 16.

“Acting too quickly could have caused more data to be compromised,” David Partenheimer, USPS media relations manager, told the Post.

In July, the New York Times reported that Chinese hackers had targeted tens of thousands of employees who had applied for top-secret security clearances during a breach of the Office of Personnel Management (OPM). The allegation was delivered by an unnamed “senior American official,” briefed on the investigation, who told reporters that it wasn’t clear if the hackers were government operatives.

Disclosure of the OPM breach came as Secretary of State John Kerry and a delegation of senior American officials arrived in Beijing for the annual Strategic and Economic Dialog, a forum for the U.S. and China to discuss economic and defense issues.

At least some of the anonymous government sources cited by the Post, familiar with the more recent USPS breach, declined to comment on who they thought to be responsible. Analysts contacted by reporters, however, offered theories that labeled the Postal Service as a “logical espionage target.”

“They’re just looking for big pots of data on government employees,” James A. Lewis, a cyber-policy expert at the Center for Strategic and International Studies, told the Post. “For the Chinese, this is probably a way of building their inventory on U.S. persons for counterintelligence and recruitment purpose.”

News of the USPS hack come as President Barack Obama began a three-day stop in Beijing for the Asia-Pacific Economic Cooperation (APEC) summit.