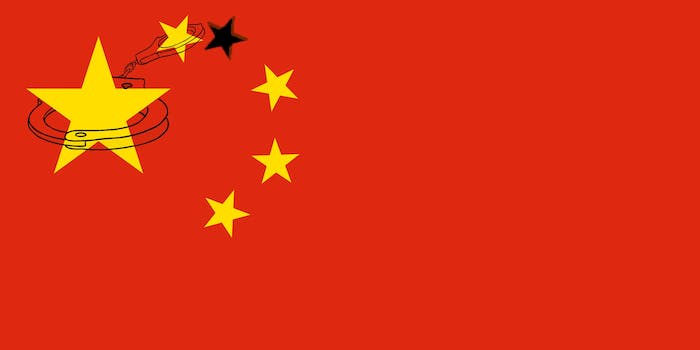 That's a lot of people and no specific charges.

It’s a mark of the country’s continuing crackdown on online dissidents, which has ranged from a crusade against pornography—this was functionally far more a crackdown on government criticism—to constant censorship of unapproved sites, filtered by the country’s so-called Great Firewall.

It’s not clear what crimes the arrested people have been accused of, nor what time range it was considering. But the tally included cases from at least as long ago as December, Reuters reported.

The Ministry of Public Security did put a name on how many cases it was investigating, but said it had investigated 7,400 cases of cyber crime.

Despite its citizens already having some of the most restricted Internet access in the world, the Ministry in July announced a six-month plan to “clean the Internet.”

As reported by Al Jazeera, the country has recently cracked down on both human rights lawyers and people accused of “spreading false panic”—like misrepresenting the official number of people killed in a recent explosion in Tianjin. It’s unclear if these arrests contributed to the 15,000 number.