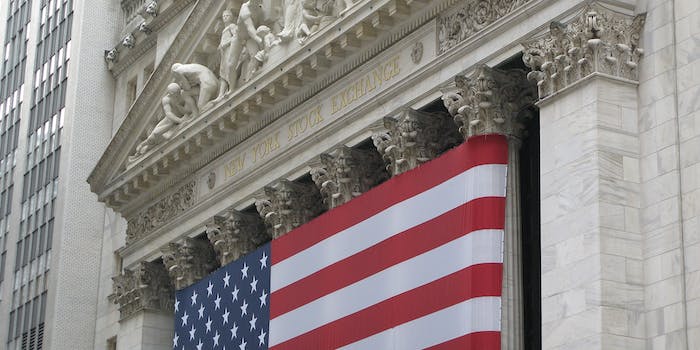 Of course, it's not working as planned.

Baidu, China’s top search engine, is blocking results for the search for “股灾” (stock disaster), according to George Chen, the managing editor of the South China Morning Post.

The South China Morning Post is a Hong Kong-based newspaper not subject to the strict censorship of mainland China‘s government.

State-controlled newspapers are also being directed toward censorship.

China’s economic woes have been going on for weeks, and the government has attempted to censor some of what is happening from the start.

Sina Weibo, China’s version of Twitter, is being used as an outlet to express frustration during the market’s tumult today, with hashtags like #Mondaystock trending highly for hours. When and how the next round of censorship will hit Weibo remains to be seen, but Chinese users tend to find clever ways to circumvent the censors.

Instead of talking explicitly about a “stock market crash” last month during highly censored periods, for example, one popular joke went like this: “Last month, my dog ate what I ate. Last week, I ate what my dog ate. This week, I ate my dog.”