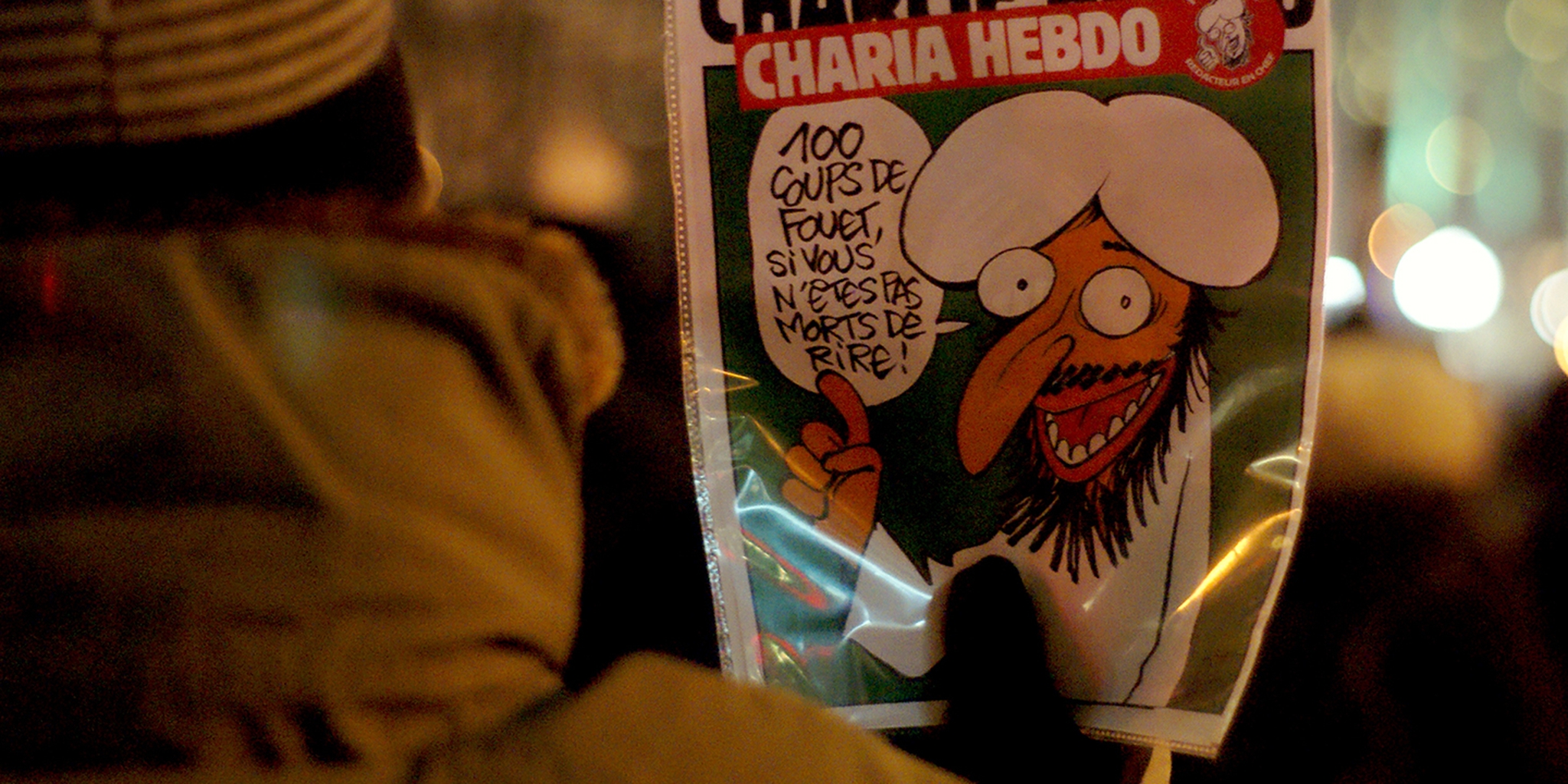 This week’s ‘Charlie Hebdo’ sold out in minutes in Paris

The cover for this latest issue depicts the prophet Muhammad holding a sign reading “Je Suis Charlie,” the rallying cry that people around the world adopted to support the paper’s surviving staff. Photos shared on Twitter showed people lining up in the early morning hours to snag one of the 3 million copies produced in the wake of the tragedy.

Some kiosks were limiting sales due to the high demand.

Some Paris newspaper stands only selling one copy of new Charlie Hebdo magazine per person this morning.

Early reports indicated the iconic issue sold out at many newsstands by 7am local time.

Unfortunately, some of the purchases were for less than noble ends.

French journalist Jérémy Maccaud reported people were sprinting from kiosk to kiosk in the hopes of finding a stray copy.

The proprietor of one Paris newsstand posted a sign to let people know that they were sold out of the 30 copies they had received.

This was clearly not the way Charlie Hebdo‘s founders wanted to become an international sensation, but the attention directed at their latest issue is certainly one way to honor the 12 men who died in last week’s terrorist attack.

Photo via Gerry Lauzon/Flickr (CC BY 2.0)