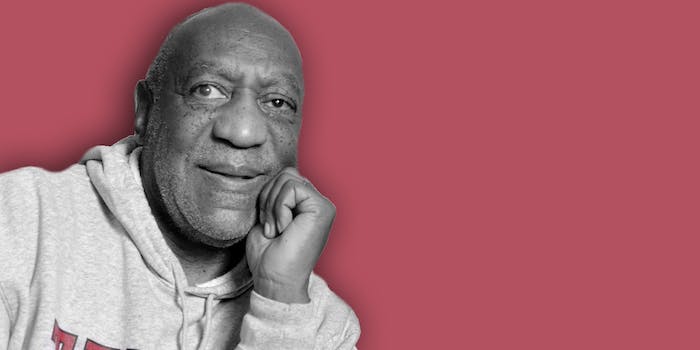 "Reopening this case was our duty as law enforcement officers."

Days before the statute of limitations was set to expire, Bill Cosby, the once-beloved comedian accused of sexual assault by dozens of women, has been issued an arrest warrant for a similar crime.

“Reopening this case was our duty as law enforcement officers.”

Constand, who is gay, had twice rejected Cosby’s sexual advances at his mansion in Elkins Park, Pa., Steele told reporters Wednesday morning. Cosby then allegedly urged her to drink wine and take pills, the combination of which left her in such a state that she was unable to consent to sex.

Here's the law Cosby was charged with violating. pic.twitter.com/lj45I268cQ

More than 50 women have shared similar stories of rape and abuse at Cosby’s hands over the past 14 months, forever reshaping his legacy as a comedy legend into that of a rapist and monster. Their stories follow a remarkably similar pattern, one that includes Cosby encouraging them to drink and take pills, leaving them vulnerable to assault.

According to the accusations, Cosby’s assault against Constand took place in January 2004. Due to a 12-year statute of limitations, any chance of charging Cosby would have evaporated next month. Instead, Steele said, Cosby will be arraigned today in Elkins Park for aggravated indecent assault, a first-degree felony.

“Reopening the case was not a question,” Steele told reporters. “Reopening this case was our duty as law enforcement officers.”

Cosby has long maintained that his relationship with Constand was consensual. Allegations of the assault first surfaced more than a decade ago, but Montgomery County authorities decided then not to pursue a case, citing a lack of evidence.

Steele said he reopened the investigation following the release last summer of a 2005 deposition, in which Cosby admitted giving quaaludes to women he wanted to have sex with.

“A prosecutor’s job is to follow the evidence wherever it leads and whenever it comes to light,” Steele said. “Upon examination of all the evidence, today we are able to seek justice on behalf of the victim.”

He is expected to be arraigned at 4 p.m. today.