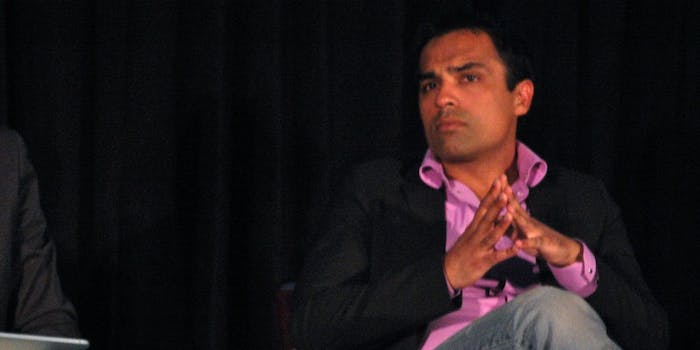 Gurbaskh Chahal is out at RadiumOne just hours after blogging that he’s not stepping down.

Gurbaskh Chahal is no longer the CEO of advertising startup RadiumOne amid the fallout of a domestic violence conviction, according to Recode.

The company’s board fired Chahal today, though he is expected to resist the decision. On Sunday morning Chahal wrote a blog post referring to himself as CEO in the present tense and defending himself. He is the founder of the company and also invested in it.

Chahal pleaded guilty to two misdemeanor counts of domestic violence and battery following an incident with his girlfriend at his San Francisco home. He was originally charged with 45 felony counts. The case led many in the tech community to call for his resignation, and TechCrunch dropped RadiumOne as a sponsor for its Disrupt conference. On RadiumOne’s Facebook page, people upset that Chahal remained in power posted negative reviews of the company, which specializes in media-buying software.

Chahal’s blog post, titled “Can You Handle The Truth,” offers a counter-narrative. He insists that he did not abuse his girlfriend, and says he lost his temper because she admitted to having unprotected sex with other men in exchange for money.

Chahal also blamed bloggers for spreading misinformation. “This was all overblown drama because it generates huge volumes of page views for the media given what I have accomplished in the valley,” he wrote.