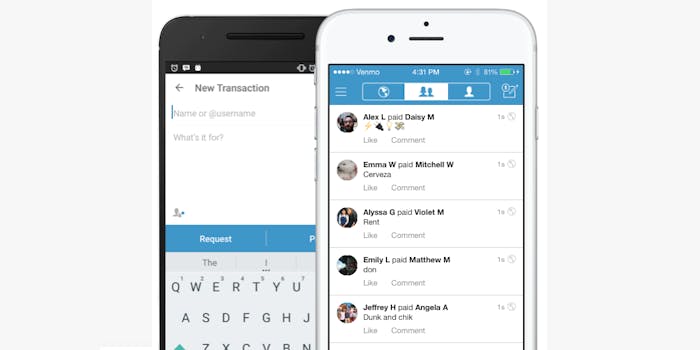 Celebrities are on Venmo—but not how you’d think

It's mostly non-celebrities who run celebrity usernames on Venmo.

If you’ve ever jokingly sent a Venmo request to @MileyCyrus or @GuyFieri on Venmo, your ask for money may not have gone to who you thought. Some celebrity handles on the peer-to-peer payment platform aren’t owned by the celebrities themselves but rather Venmo users with a particular sense of humor.

As CNET reports, many celebrity usernames on Venmo have been usurped by regular users who (probably) thought it would be funny. In the app’s user agreement, Venmo prohibits users from falsifying or misrepresenting their personal information. However, having someone else’s name—like @JohnLegend—isn’t technically misrepresenting yourself if all the other information on your profile is accurate to your true identity. A handle is just a handle, after all.

But some Venmo users who have opted for a celebrity username eventually regretted the decision. A New York podcast producer named Austin Mitchell decided to change his username to @BetsyDeVos; his friends chose the names of other Trump cabinet members. Things were fine until people discovered they could send requests to accounts that appeared to be owned by DeVos and then-White House spokesperson Sean Spicer.

Mitchell said he got “10 requests an hour, but by the night, it was one every minute.” He was forced to shut down his account later that evening.

For others with celebrity handles on Venmo, it’s not so bad—the occasional request for money from strangers but nothing like the onslaught Mitchell experienced.

While it does share some similarities with social networks, Venmo says it doesn’t plan to verify users on its payment network. Perhaps that’s for the best. Under an anonymous username, actual celebrities can use Venmo without drawing the attention of the masses.