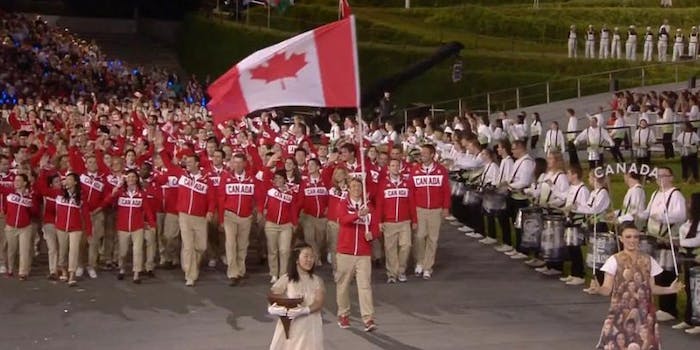 Up-and-coming Canadian athletes have turned to a crowdfunding site to help them get to the 2016 Olympics and beyond.

Many athletes who don’t have sponsors find it difficult to get funding for training in their bid to reach the pinnacles of their sports.

Several up-and-coming Canadian athletes have turned to a crowdfunding site to help them get to the 2016 Olympics and beyond.

Created by Olympian and kayaker Julia Rivard and ex-gymnast Leah Skerry, Pursuit lets athletes offer supporters rewards after they pledge funding in a model akin to Kickstarter or IndieGoGo. As with those communities, athletes state how much money they’re looking for, why they need it, and use a video and text to plead their case.

Biathlete Megan Imrie, for instance, offered postcards, phone calls, and a stay at her family’s resort to backers.

“It feels like I have homework to do every time I walk in the door, just trying to keep track of everyone and keeping track of the givebacks,” she told the Canadian Press. “You can’t ask for free money and expect to give nothing back, right? It’s an investment on my part, but I believe it’s so worth it in the end.”

The site’s thrown up some success stories. Alpine skier Larisa Yurkiw raised $2,000 more than her $20,000 goal and diver Maxim Bouchard got some help from a tweet by a star of his sport, Tom Daley, to reach his $12,000 goal.

According to Pursuit’s homepage, more than $121,000 has been raised for Canadian athletes so far.