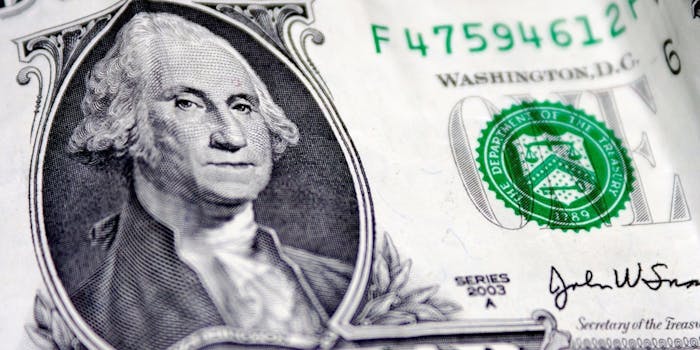 Redditors really don’t like Paul Ryan (R-Wis), the man Zerban is challenging for his congressional seat. That’s because Ryan, redditors thought, supported the Stop Only Piracy Act (SOPA)—a much-reviled piece of legislation on the site.

Last week, Zerban smartly tapped into that hatred with a well-timed live interview that briefly hit the site’s home page, and turned Zerban into an Internet star.

It turns out that redditors were wrong: Ryan doesn’t actually support SOPA. But that hardly mattered. They still don’t like him, and Zerban pounced. He collected $15,000 in donations and positive media attention from places like ABC News, Talking Points Memo, and The Atlantic Wire.

With that fundraising haul, the unassuming candidate from Kenosha has thrown open the gates. Expect a slavering stampede of hungry political operatives to follow.

In 2012, Reddit will become the next great fundraising battleground in American politics.

The social news site has shown it’s a powerful platform for both driving online conversation and flash fundraising drives—just ask Doctors Without Borders, the Gonalez family, or Louis C.K.

And Zerban is already inspiring other long-shot congressional hopefuls.

There’s no word yet on how much money, if any, Scala was able to raise. But there’s little doubt other politicians are zeroing in on Reddit. Just how much do they stand to gain?

Some would argue that Reddit is great at stirring up short-term enthusiasm—but that’s about it.

“While great for short bursts of fundraising or getting out a timely message, purely digital mobs like Reddit or the hacktivist collective Anonymous are not well-suited for thoughtful, sustained participation in the political process,” Gawker’s Adrian Chen  wrote in a recent article.

Chen—himself a target of short-lived Reddit mob justice—has reason to be cynical. And he’s certainly right: on Reddit, hive-mind passion often burns out as quickly as it appears.

But Reddit is more than just one big mob. When a popular movement finds a permanent foothold on the site, interesting things happen. Reddit’s  communities, called subreddits, are the best platforms on the Web for hyper-focusing long-term attention on specific issues (or candidates).

Take the freewheeling marijuana community r/trees, for instance. That subreddit’s more than 165,000 members have a pretty short attention span and a hunger for irreverent image memes. But it also maintains a pro-legalization drumbeat that’s unique for any pot community online, both for its visibility and real influence—r/trees has a history of working with major pot legalization groups in the United States.

Both the Occupy Wall Street and anti-SOPA movements also have created big, noisy communities on Reddit, boasting about 30,000 and 10,000 members, respectively.  As Chen points out, much of the Occupy movement’s strength came from its “highly-engaged Internet hive mind.” Months old, neither r/OccupyWallStreet nor r/SOPA show any sign of dying out, even as Occupy Wall Street’s offline protests are fading away.

These communities are user-run and they’re relatively disorganized. Imagine what will happen when a savvy politician manages to drive Reddit’s popular outrage into a permanent home on the site. There’s no better way for a well-oiled political machine to channel the hive mind’s often erratic passions. And it’s going to happen in 2012.