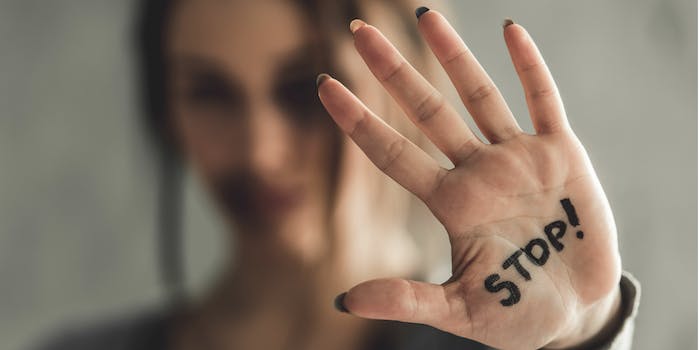 It keeps a report anonymous until someone else files against the same offender.

Allegations against Harvey Weinstein have reignited a nationwide conversation about protecting women from sexual assault. With two out of three sexual assault cases going unreported, people are asking questions about how to help survivors shield others from repeat offenders.

And the device you carry around every day might just have the answer.

An app called “Callisto” was created to empower sexual assault survivors to report abuses by giving them assurance that they aren’t alone. It offers survivors three options: to record abuses, file a report, or store a report until another survivor files against the same perpetrator. The last option is based partly on a system described by Michigan Law Review as “information escrow,” which keeps a sexual assault report confidential until at least one more person files a similar report.

This ensures a survivor of sexual assault never has to make the first move alone. So far, it appears to be making a difference. According to Sexual Health Innovations, the non-profit that created the app, 15 percent of reports found a match and users take half the time it usually takes to report a sexual assault.

“Survivors are reluctant to be the first one to file a claim against a particular perpetrator?the evidence of this is just all around us,” Yale economist Ian Ayres, who helped develop the app, told HuffPost. “But if you learned that this happened to other people, you’d feel much more confidence that it’s appropriate to bring a claim. And there are good reasons to believe that many offenders are repeat offenders.”

The app is currently only in use on college campuses, but Ayres started receiving messages from people asking him to expand its availability since allegations against Weinstein started to surface. Ayres admits the app isn’t perfect. For example, no action is taken if only one woman speaks up about a sexual assault, and expanding beyond campuses could introduce trolls to the network.

Ayres says he needs to raise $5 million to enter a new market and is looking for new sources of income.