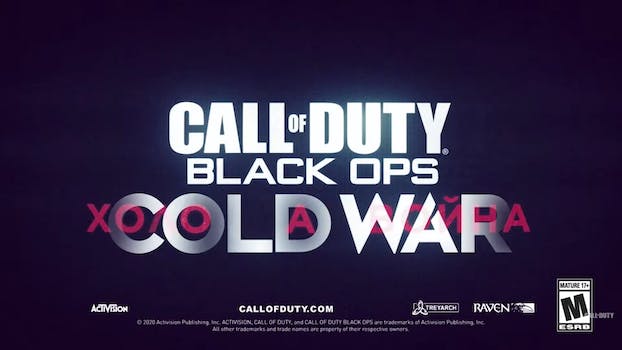 'Know your history or be doomed to repeat it.'

A new teaser for Activision’s upcoming successor in the Call of Duty franchise, Call of Duty Black Ops: Cold War, has sparked outrage by fans calling it CIA propaganda.

The trailer for the highly anticipated flagship title set for a worldwide reveal on Aug. 26 uses clips from a 1984 interview with KGB defector Yuri Bezmonov, who details a strategic Russian plot to dismantle United States governmental structure seemingly as a hype reel for the game.

Call of Duty Black Ops: Cold War is said to be “inspired by true events.” The teaser opens revealing alleged details about the international arms race between the United States and the USSR. It specifically references a “chilling warning” that was issued to America by Bezmonov at the height of the Cold War. “Understand what’s going on around you,” he can be heard saying in the interview. “You are in a state of war, and you have precious little time to save yourself.”

Many fans didn’t take too kindly to the trailer’s sentiments, noting suspicion about Activision’s motives behind the game and the scary accuracy of the messages displayed in relation to national events today.

Professional esports organizer Jordan Daley (@JDaley) wrote in a tweet, “This is so on point to what’s going on today, it’s crazy.”

Similarly, foreign policy and national security journalist Ben Norton wrote in a tweet, “The US military and CIA work with producers of popular video games like Call of Duty to spread government-backed imperialist propaganda. The new ‘Call of Duty Black Ops: Cold War’ is yet another example of this blatant brainwashing.”

The trailer goes on to claim that a Soviet spy named Perseus infiltrated Western intelligence in order to solidify Russian dominance during the war. As the preview states, his whereabouts and identity are still unknown to this day.

Additionally, Activision dissected anecdotes from Bezmenov throughout the interview which further explain execution steps or “active measures” of demoralization, destabilization, crisis, and normalization taken by Russia to undercut the U.S. Bezmenov provides alleged insights about the ways that each stage manifests for American society in the original interview, saying “It’s a great brainwashing process that goes very slow.”

“Know your history,” Activision teases before the video’s closing. “Or be doomed to repeat it.”

Fans can expect more details about the game’s release to come upon Activision’s full reveal next week.