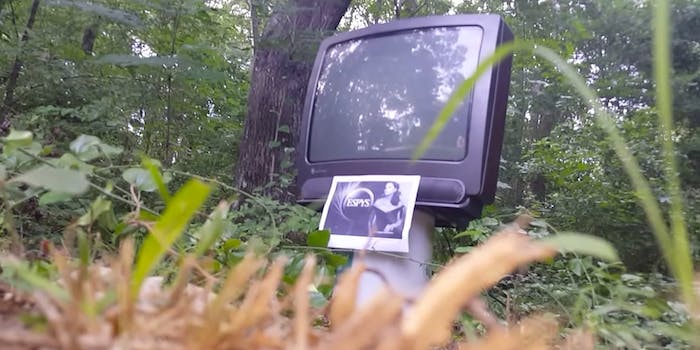 Caitlyn Jenner is back in the spotlight after she received the Arthur Ashe courage award at the ESPYs Wednesday night, but for one man, it was the last straw.

Jenner, who came out as a transgender woman in April, has received plenty of backlash ever since ESPN announced that she would receive the award. Alabama resident Bobby Knight has had enough of her, and he wants to “remove this portion of garbage [from his] life.”

Instead of, saying, hiding Jenner’s name from Google search results or avoiding news articles about her, Knight took more drastic action. Since she appeared on his TV, he took his TV outside and shot it.

If he never wants to hear about Jenner again, he might want to shoot his computer too.