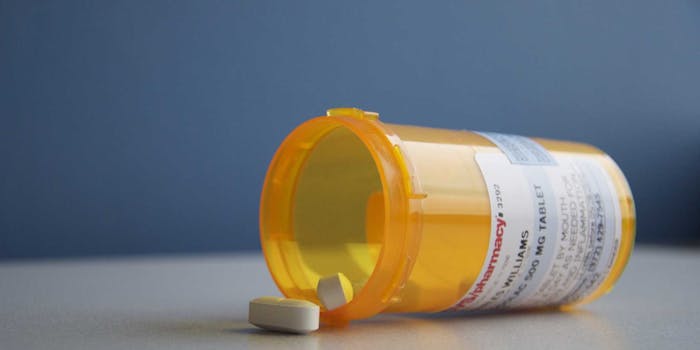 A physician’s wife was in need of acne medication. Just something over-the-counter, something easily bought online. She browsed Amazon‘s selection, as many of us do, and made her purchase. What arrived at her doorstep, all the way from Thailand, was an acne treatment containing clindamycin, a prescription drug for which she definitely had no prescription.

In a long, illuminating piece for Slate, Ford Vox, a physician and journalist, explains that the drug, a strong antibiotic, can trigger “potentially deadly” Clostridium difficile diarrhea, as well as a severe allergic skin reaction, and is prescribed infrequently and cautiously, even in hospitals.

Doing a little digging, Vox found other potentially dangerous prescription drugs for sale on Amazon. Needless to say, the practice is highly illegal. And since Amazon gets a cut of its sales transactions, the online retailer is actively profiting off it.

According to Vox, the Food and Drug Administration has not targeted Amazon for an investigation, and in fact gave Amazon a pass when it prosecuted BodyBuilding.com for selling mislabeled drugs—some of which are available on Amazon—online. An Amazon PR rep declined to answer Vox’s questions about illegal products for sale on the site.

It should come as no surprise that Amazon isn’t easily fazed by the latest media probe—after all, the retailer has taken no great pains to deny that it’s wielding its might to decimate Hachette book sales over a contract dispute.

It’s really worth giving the Slate piece a full read; you’ll be absolutely horrified. Or excited, I suppose, if you’re looking for an acne treatment that could literally kill you.