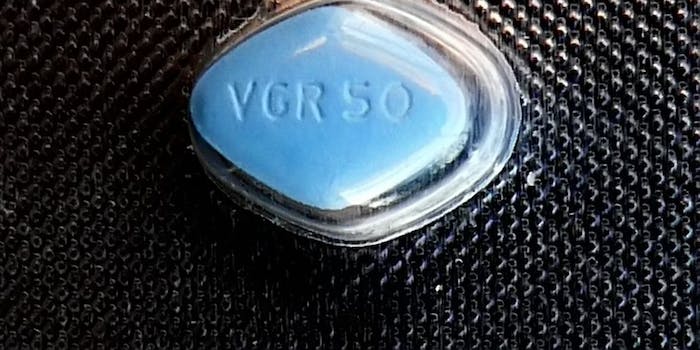 Pharmaceutical company Pfizer has decided to sell Viagra directly to online consumers. This is the day spam changed the world.

This is the day spam changed the world. Pharmaceutical company Pfizer has decided to sell Viagra directly to online consumers—partially to spare men the embarrassment, but mainly because the company is fed up with counterfeiters selling cheap V!agra, V1agra, [email protected], and similarly misspelled knockoffs over the Internet.

The drug will still be prescription-only; Pfizer teamed up with CVS pharmacies to handle the distribution aspects. The advantages of buying “real Viagra” online, according to Pfizer’s website, include the “CONVENIENCE AND PRIVACY of ordering from your home,” the “CONFIDENCE in knowing that your order is being handled by trusted pharmacists and that your information is secure”—at least until the next time CVS gets caught violating HIPAA rules or storing sensitive data on easy-to-hack databases—and “SAVINGS AND OFFERS found on VIAGRA.com.”

But those money-saving offers might not tempt as many consumers as Pfizer hopes. The company doesn’t plan to discount the price of online Viagra; it will still cost American prescription-holders about $25 per pill, in addition to the cost of the doctor’s visit to obtain a prescription in the first place. In the U.S., Pfizer holds the exclusive patent on Viagra until at least 2020, but in countries like South Korea, where generic (as opposed to counterfeit) versions have been available since last year, Pfizer has unsurprisingly been losing market share to copycat companies selling unbranded generic Viagra containing the same active ingredient. Indeed, Richard Evans, a drug industry analyst, told the AP that price, rather than embarrassment, is probably the primary motivation of American men who have already bought Viagra from non-official sources.

(Indeed, according to various emails currently in our spam folder, non-Pfizer pills sell for up to 90 percent less than the officially branded variety. Of course, as Pfizer’s vice president of global security Matthew Bassiur pointed out, if you buy from such sources, you are “playing Russian roulette.” You don’t know where, when, or under what conditions the pills were made, or if they even contain any of the active working ingredient. Instead of getting a discounted stiffy, you might just end up getting screwed.