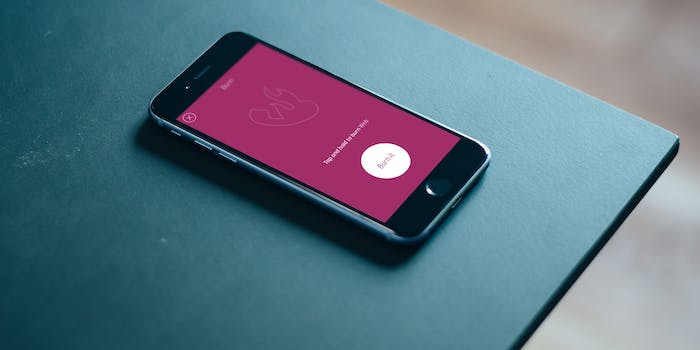 It's scary how much sense it makes.

Most people share plenty of personal information on their dating profiles, but Jessica Michaels was surprised at just how much one eHarmony user knew about her. She told the Daily Dot that a prospective match found “my business information, the dance studio that I taught at, my work schedule, etc.”—none of which she provided to him. After all, she had never spoken to him.

“When he eventually contacted me, he proceeded to tell me all he knew about me,” she said. Apparently unaware that what he was sharing may have been unsettling, he told Michaels that he had his assistant “research” her before speaking with her.

The potential date (the potential of which was wiped out by his delegated online creeping) could glean most of this information with single piece of data: Michaels’ phone number.

“It really upset me that my private life was so vulnerable to people I did not know and had not chosen to allow into my inner circle,” Michaels said.

According to a recent study conducted by Bandwidth, a communications technology company, 58 percent of online daters surveyed regretted giving out their phone number to someone on an online dating site.

The reasons for these regrets are plastered across the Internet like warning signs before a dangerous stretch of road. Tinder is packed with trolls who spend their time searching for a person to screenshot in an embarrassing moment instead of a person to spend time with. Every swipe right opens up the possibility that the attractive profile picture is just a mask over a looming trollface.

And compared to the other risks, pranky messages seem like the least of anyone’s worries. A woman on vacation in Australia fell to her death from the balcony of a 14th story apartment where she had gone to meet a Tinder match, an incident that led to the man being charged for murder. A slew of rape charges have stemmed from dates arranged through online dating services. In 2013, a flaw in Tinder’s security system revealed the physical location of users, allowing any exploiter to see exactly where a person was. Search around online and you’ll find threads on forums (almost always hosted on pick-up artist sites) dedicated to tracking and stalking people (almost always women) through their online presence.

It’s no surprise then that Bandwidth’s survey found that 84 percent of respondents feel safer not giving out their real phone number. Michaels counted herself among them.

The problem is, most dating apps require users to connect with an active number. The idea is to connect with people, after all. While most offer a way to shield this information through privacy setting, plenty of users are capable of keeping a polite front up just long enough to get a person’s number before revealing that they’re truly terrible.

After the panic induced by her experience on eHarmony, Michaels decided to test out Tinder armed with a new tool: Burner.

The invention of Ad Hoc Labs, Burner gives users the ability to use an alternate phone number without switching SIM cards or activating a second phone. The app gives access to fully functional phone numbers that can be used for calling, texting, and multimedia messaging, then completely erased without a trace within a moment’s notice. 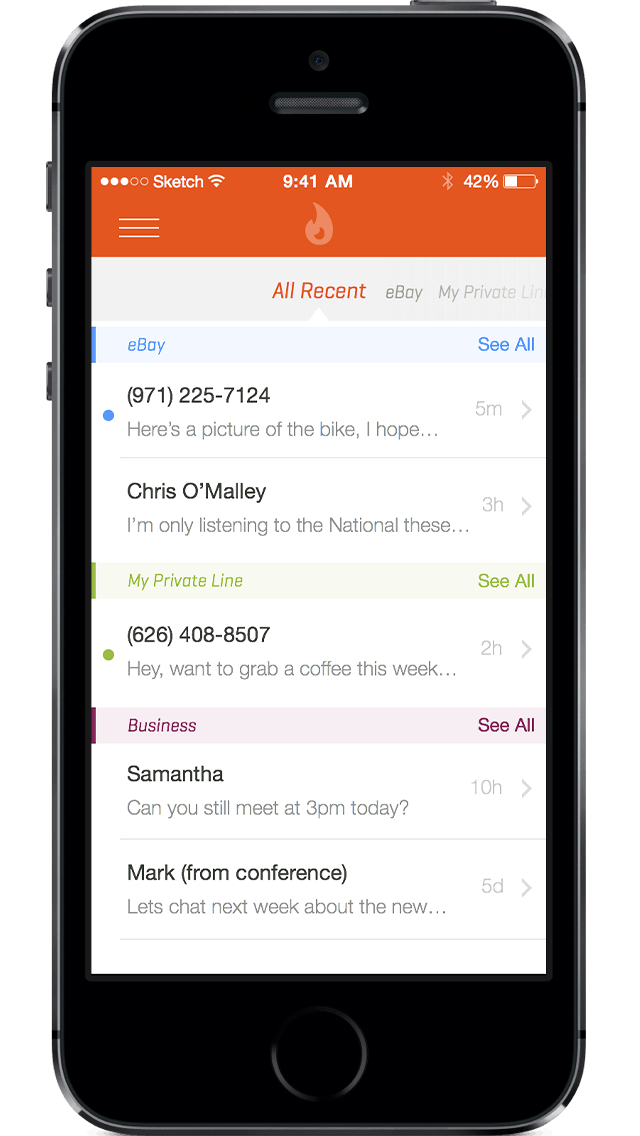 A burner phone or number is most often associated with drugs or other illicit purposes, but the technology is quickly becoming a necessary feature of online dating.

“Burner was created out of the belief that the ‘phone’ part of the smartphone is not smart, social, or privacy-aware enough,” Jessica Torres, Product Marketing Lead for Burner, told the Daily Dot.

“We communicate using our phones in more situations than ever, but using one personal phone number for everything… creates discomfort and a range of inconveniences. We want to solve the problem of keeping your mobile phone number more private and secure by providing users with reliable, extra phone numbers.”

Michaels said Burner was the only reason she was willing to give online dating another shot. “I did not want to give out [my number] until I knew the person well enough to not mind them doing a Google search on me,” she explained.

The peace of mind provided by Burner eased much of Michaels’ worries. “I got a Burner number and it made me feel so much safer and in control and I was definitely more likely to make contact with potential dates,” she said. “I was very honest and told my dates I had a burner number because of a bad experience and the few gentlemen that I met completely understood (and had their own horror stories, as well!)”

Burner gave Michaels a buffer between her and a potentially bad experience. For the guys who she didn’t feel a spark for, they would eventually find the number she provided to be unresponsive.

Is that a callous reaction to a bad date? Maybe. But ask a few people about their experiences with online dating and they will almost assuredly have at least one horror story about a clingy match or someone who didn’t take kindly to rejection.

“Life is full of uncomfortable situations where we’re asked for our phone numbers and consumers want ways to stay in touch that balance their needs for trust and privacy, while still using a familiar communication method,” explains Torres.

She says Burner doesn’t view its service as just a security measure, a one-way mirror that lets the user talk to others without revealing themselves, but as a “communication platform that facilitates trust and convenience.”

“Unlike traditional, carrier‐issued numbers, Burner gives users the flexibility to have multiple numbers and manage their communications more efficiently, while protecting their personal numbers, in everyday situations.”

“The moment you give someone your personal number instead of your Burner number … [is a] sign of taking your relationship to the next level.”

It also might be the killer app online daters have been waiting for. While dating services roll out gimmicks and hokey ways to connect people, Burner provides what few of them bother to: the ability to cut the strings on anyone after or before things go south, which in turn allows users to date freely with more confidence. Instead of daintily dipping your toes into the shallow end, you can dive into the deeper waters of the dating pool with Burner keeping you afloat. Instead of forking over cash for Tinder Plus, you might be better served purchasing credits for calls and texts through Burner.

Burner users have subbed in the app’s temporary numbers for their real ones from early in the app’s existence, but Torres said that over the last two years, the app has caught fire with wary daters. “Burner has the opportunity to be a game-changer for anyone on the dating scene—from giving out your number on Tinder to exchanging numbers after a so-so blind date,” she said.

Of course, the aforementioned trolls and unfit partners who may wind up blocked after enough abusive messages can also make use of Burner. Poke around just below the surface of most dating discussion sites and you’ll find a small gathering of scorned participants who want to set up secondary accounts because they’ve been rejected or managed to get their account locked up.

“As with any technology, we can’t 100 percent control what people will do with it. You can send a ransom note through the U.S. Mail, but that’s not a reason to be mad at the postal service,” Torres said.

Torres explained, “Dating services are rife with fake profiles and trolls, but that doesn’t mean that millions of people aren’t getting a lot of value out of them. Illicit uses are not the intent of Burner, and there’s honestly much better tools for people who are trying to do those sorts of things.”

And while Burner isn’t necessarily built for these types of uses, Burner doesn’t explicitly do anything to stop them. In some cases, it courts them.

On Reddit, the creators of Burner have an account called adhoclabs, which posts primarily in the /r/Burner subreddit, on threads in which people have mentioned the app specifically or temporary number more generally. The account has offered support for those wanting to avoid a

It can also be spotted in /r/Tinder threads offering up its service to those having phone number related issues, including users hoping to set up a second account.

The Team Burner App account also pop up in this thread in /r/JusticePorn, where a girl tries to accuse her boyfriend of throwing her out of car (he didn’t).

Torres suggests that using a Burner number could become so commonplace that getting a person’s real number may become a sign of progress in a relationship. “The moment you give someone your personal number instead of your Burner number can also be seen as a sign of taking your relationship to the next level,” she said.

If you need proof of concept, look no further than Michaels. “I only gave out my real number to someone I was interested in pursuing a longer term relationship [with].”