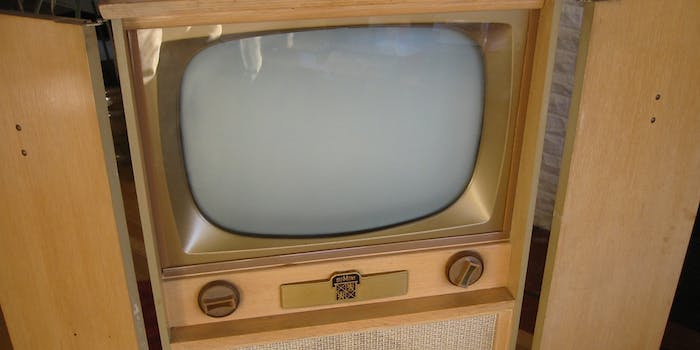 The Supreme Court may have just killed Aereo, but here’s how you can legally recreate it

The Supreme Court just did Aereo lovers a favor. Really.

On Wednesday morning, the United States Supreme Court effectively drove a stake through the heart of Aereo, a company that allowed users to stream network television over the Internet. Aereo also functions as a DVR service, letting its customers watch local programming they had recorded and stored on the company’s cloud-based servers. Aereo’s CEO has pledged to keep the the company going, but the demise or its current service is all but assured.

Broadcasters didn’t like Aereo, which charges customers a $8 monthly fee, because the New York-based, Barry Diller-backed startup consciously avoided paying them the billions of dollars in retransmission fess cable and satellite providers always ponied up to carry their content. The broadcasters viewed the Aereo case as an existential threat—so much so that a top News Corp executive said Fox might move to cable if the decision didn’t go its way—and, as such, successfully sued to get Aereo shut down on copyright infringement grounds.

Despite their court victory, the cat may be out of the bag for broadcasters. The existential threat to their business model wasn’t so much that Aereo could assign a tiny antenna to each subscriber then beam last night’s episode of American Idol to their iPad. The real danger was that a very large amount of people, over 100,000 in New York City alone, were willing to pay a relatively small amount of money to forego cable and satellite, instead opting for what amounted to the combination of a TiVo box and an antenna.

Here’s the thing: Cobbling together the parts necessary to legally recreate Aereo on your own isn’t particularity expensive or difficult. In fact, drawn out over a long enough timeline, it’ll probably even save you money over shelling out for Aereo.

To recreate Aereo, the first thing you’re going to need is a way to get the broadcast TV signals from the air and onto one of the many glowing rectangles in your home.

Due to a Federal Communications Commission mandate, all broadcast TV stations have been exclusively digital since 2009, which means you’ll need a digital tuner if you have an older model of TV, although virtually all newer sets come with digital tuners already built-in. You’ll like still need an antenna though—this one from HomeWorx costs a mere $9.10 on Amazon.

Not only does this modern update on your parents’ old set of bunny ears cost only slightly more than a single month of Aereo, but it works everywhere in the country—not just in the eleven major metro areas where Aereo offered service.

But, let’s say, you wanted to record last night’s The Bachelorette and watch it at your leisure, which is your god-given right as an American. One way to do that is to to buy a subscription-free DVR that allows for the functionality of Aereo or TiVo but with the cost of a single upfront purchase price rather than a monthly subscription. There are number of options that fit bill, one is the Channel Master DVR+, which retails for $250.

The total cost for both products is the equivalent of about two and a half years of an Aereo subscription. If Aereo was your long-term TV solution, this setup will likely save you money in the long run.

However, if you want to go even cheaper and don’t mind getting a little technical, it’s possible to get TV signals broadcast directly onto your computer and then turn the machine’s hard drive into a DVR with TV tuner cards made by companies like Hauppauge, Pinnacle, and ATI Tuners. These devices, some of which require opening up your computer and physically installing a card into the motherboard, can sell for as cheap as $50 and generally don’t require monthly or annual subscription fees.

Either of these setups allow much of the same functionality of Aereo for price tags that may ultimately be less than what Aereo offered. The best part is that the Supreme Court probably isn’t going to shut them down any time soon.

Correction: The story originally recommended buying a digital antenna rather than a digital tuner.