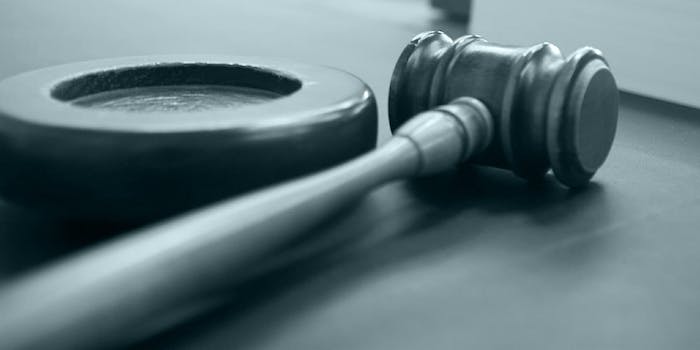 Bryce Williams filed the suit in 2000.

Garner is in stable condition after surgery related to a gun wound to her back. Parker and Ward both died on the scene.

Police say the shooter was Vester Lee Flanagan, 41, now deceased after what appears to be a self-inflicted gunshot wound. He had worked for WDBJ in the past as on-air talent using the name Bryce Williams. The closest thing we have motive so far comes from Flanagan’s tweets on his @bryce_williams7 account, later deleted by Twitter, and a “manifesto” sent to ABC News.

On Twitter, Flanagan appeared to be claiming that he filed a complaint with the Equal Opportunity Employment Commission (EEOC) against Parker for making racist comments. WDBJ has said that there’s nothing to this, as Flanagan had been fired (and escorted out of the building by police in the process) in 2013, before Parker started working for the station. Flanagan did file an EEOC complaint against the station, but it was dismissed.

This was not the first time that Flanagan made such allegations against co-workers. In early 2000, he filed a lawsuit against WTWC-TV in Tallahassee, Florida, where he he had just been fired after about a year with the station. The Daily Dot has obtained his original complaint, a later amended complaint, and the station’s answer to the complaints.

WTWC denied that Flanagan ever “complained of unlawful employment practices,” according to court filings, and thus could not have been a victim of retaliation. In their affirmative defenses, WTWC stipulated that they never discriminated or retaliated against him, that “the alleged conduct [Flanagan] allegedly opposed does not give rise to an objectively reasonable belief that the conduct amounted to racial discrimination in employment,” and that the substance of  complaint “does not amount to a hostile environment or discrimination of any kind.”

As for the “legitimate non-discriminatory reasons for its actions in terminating [Flanagan]’s employment,” WTWC claimed that he:

The case was officially settled on January 18, 2001, and dismissed without prejudice or requiring either side to pay the other’s court costs.

Read the full court documents below: