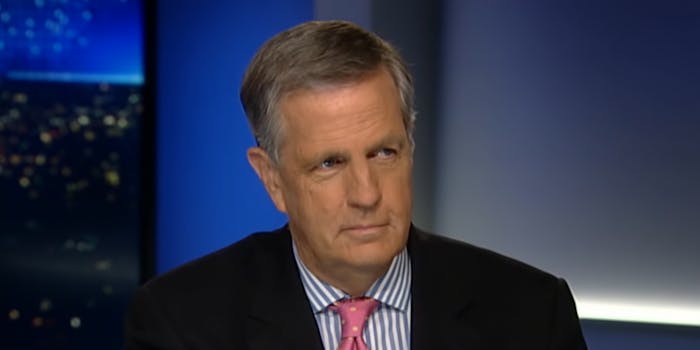 Fox News senior political analyst Brit Hume may have made a mistake on Tuesday morning when he shared a screenshot while attempting to show the most recent betting odds on the 2020 Democratic presidential nomination.

That wouldn’t be out of the ordinary on Super Tuesday given what’s on the line for people like Sen. Bernie Sanders (I-Vt.) and former Vice President Joe Biden, but one of Hume’s tabs was certainly not about politics or betting odds.

While he was admiring Biden’s surge, he had also been looking up some “sexy vixen vinyl.”

Hume’s tweet was posted around 5:30am on Tuesday, deleted, and replaced without the tab at 8:24am ET.

However, this isn’t the first time he’s screenshotted betting odds with that tab open. Here’s one from March 1.

While the tweet may have been deleted, it wasn’t before thousands of people saw it and began mocking his inability to crop out his browser tabs.

Here’s hoping he finally pulls this trigger on that purchase soon.