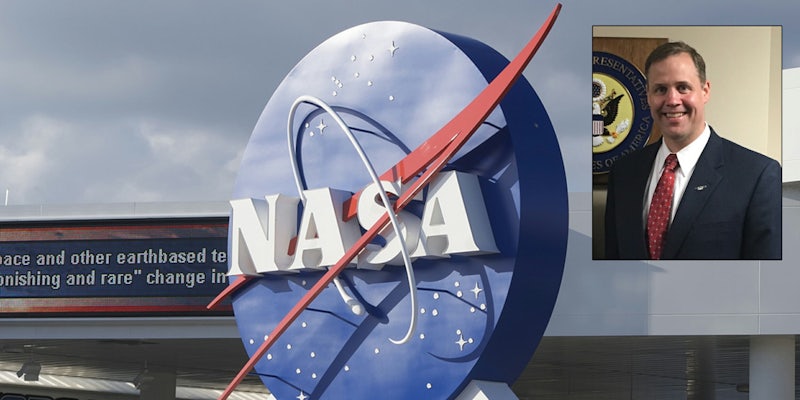 Democrats blasted his stance on climate change and LGBTQ rights.

Bridenstine, 42, was lambasted by Democrats as being a climate-change denier and objection to LGBTQ protections, causing them to question his fitness in running the space agency.

Last week during a confirmation hearing, Sen. Bill Nelson (D-Fla.) blasted Bridenstine for not having the ability to “unite scientists, engineers, commercial space interests, policymakers and the public on a shared vision for future space exploration.”

Bridenstine, a former naval aviator and head of the Tulsa Air and Space Museum, said he would promote NASA’s mission to explore space and “absolutely” believed in climate change, according to the Washington Post, but wavered as to whether humans were the leading cause of it–a fact that is backed up by nearly all leading climate scientists.

Sen. Ted Cruz (R-Tx.) came to Bridenstine’s defense last week, saying that he was “proud and deeply gratified” that Trump nominated him. Bridenstine would be the first elected politician to lead NASA, a job that is typically reserved for scientists.

Now that he has passed through the Senate Commerce Committee, Bridenstine will be up for a vote in front of the full Senate to be officially named the new head of NASA.