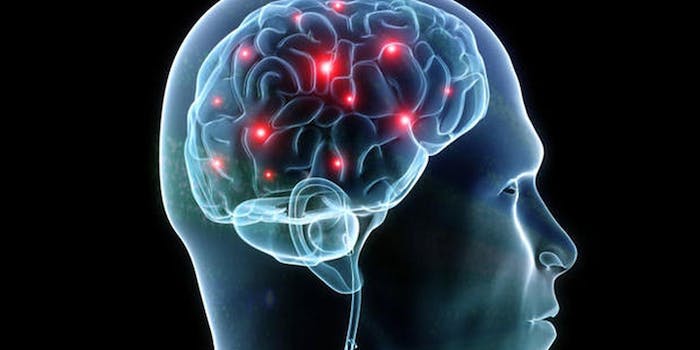 We're still a long way away from anything scary.

The team of scientists implanted an array of electrodes on seven epilepsy patients. The electrode arrays were primarily there to pinpoint areas of electrical activity in the brain during a seizure, but for this experiment, the arrays also had a secondary purpose: recording the areas of activity during speech, allowing researchers to essentially map out word formation.

They then had the patients think of excerpts of everything from presidential speeches to Charmed fanfiction and converted their brain patterns to text.

This would be a major breakthrough in the nascent field of mind-reading except for the fact that, with most of the patients, the technology was very bad at recognizing speech patterns in the brain. It might as well have been guessing at the patterns for all the accuracy it yielded. The technology was only right at least 50 percent of the time with a few patients.

Nonetheless, this is still an interesting study, one that demonstrates that the technology is plausible with enough tweaking. The researchers said that their work could be helpful to patients with “locked-in syndrome,” a nightmarish condition in which one is fully conscious but unable to move, speak, or otherwise communicate with the outside world.

Photo via Allan Ajifo/Flickr (CC BY 2.0)