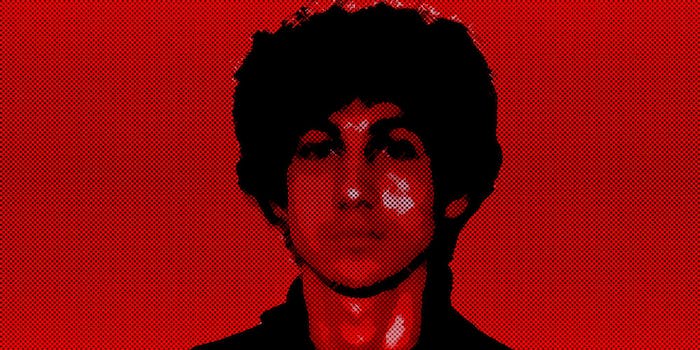 The verdict contradicts the views of most Massachusetts residents.

Dzhokhar Tsarnaev, the 21-year-old found guilty of helping carry out the 2013 Boston Marathon bombings that killed three people and injured hundreds more, has been sentenced to death.

The federal death penalty verdict is extremely rare. Were it a state jury, that wouldn’t have been an option, as Massachusetts doesn’t have the death penalty. The New York Times reported that Tsarnaev’s is the first such conviction since the time immediately following Sept. 11, 2001. Polls have shown Massachusetts residents to be overwhelmingly against sentencing him to death.

Tsarnaev had already been found guilty of 21 charges, 17 of which carried the death penalty. His defense tried to argue that Tsarnaev was largely under the influence of his older brother, Tamerlan, who had converted to radical Islam after the family moved to the U.S. in 2002, and who died in the shootout following the explosion. Prosecutors said that Dzhokhar made his own decisions, describing him as an Islamic militant who wanted to punish the U.S. for Muslim deaths in Iraq and Afghanistan.

In her formal statement,  Attorney General Loretta Lynch praised the decision, saying, “the ultimate penalty is a fitting punishment for this horrific crime and we hope that the completion of this prosecution will bring some measure of closure to the victims and their families.”

Massachusetts Governor Charlie Baker expressed relief that this chapter of the tragedy had come to an end and hoped that it would bring solace to the victims’ families. He also praised the resolve of those who continued to attend the Boston Marathon in the years since the attack.

“I’m glad at this point this part of the process is over,” Baker said at a press conference following the sentencing. “And as I said, I really do hope that for all of the families that have been involved in this, and the jury, and everybody else, that they can find some closure and an opportunity to look forward.”

“I’ve been unbelievably impressed with the ability of a lot of these families to look forward already,” Baker continued. “I think about all the people who ran in the marathon the following year. I think about all the teams that came together to run on behalf of many of the victims in the following year. I’ve had a chance to talk to several of the families that lost family members on that day, and their positivity and ability to find perspective in all this, I think is extraordinary.”

After Dzohkhar was sentenced, Boston Police Commissioner William Evans said that he hopes the verdict will bring “comfort and solace to all hurt, harmed and impacted” by the bombing. He also thanked the jurors on behalf of the Boston Police Department.

“Regardless of how you feel about the death penalty, today was also about sending a message,” he said. “And, the message sent is one that says terrorism in our city will not be tolerated.”

Tsarnaev reportedly was expressionless when he heard his verdict. He will likely serve his time on death row in Terra Haute, Ind.