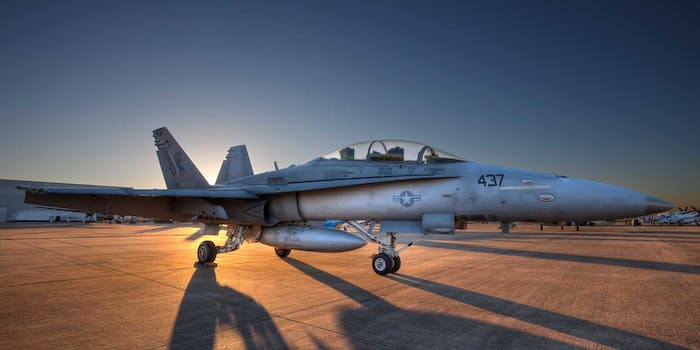 Due to outrage at American spying, Brazil has chosen a Swedish company to build its new air fleet.

The global reach of American spying operations may have just cost the U.S. $4.5 billion.

Reuters reports that the nation of Brazil has awarded a $4.5 billion fighter jet contract to Swedish company Saab AB, passing on a deal with U.S. aviation company Boeing that had been in the works for years.

Though Saab is reportedly offering a better bargain, Brazilian officials blame recent allegations of U.S. spying for derailing the deal.

“The NSA problem ruined it for the Americans,” an anonymous Brazilian government source told Reuters.

The timing of the announcement took many by surprise. The deal, to replace Brazil’s aging fleet of fighter jets, had been in negotiations for more than a decade. The Boeing F/A-18 Super Hornet was viewed as the frontrunner. But recent revelations that the National Security Agency has been spying on the Brazilian government, including the personal communications of President Dilma Rousseff, reportedly led officials to believe they couldn’t trust the American aviation company.

A U.S. official close the negotiation, however, told Reuters that whatever outrage existed over American intelligence gathering likely did not outweigh the financial factors of the deal.

The Saab AB contract calls for the Swedish company to provide 36 new Gripen NG fighters by 2020. The contract to update Brazil’s fighter jet fleet was seen as one of the sweetest plums among emerging global defense contracts. In addition to the $4.5 billion to build the jets, billions more are expected to be generated in additional maintenance and service contracts. Brazil exists peacefully in coexistence with its South American neighbors but has been looking to enhance its security to protect valuable natural resources.

The announcement of the contract, which wasn’t expected until 2015, comes at a time of tension between the U.S. and Brazil over the former’s far-reaching intelligence gathering operations. It was reported this week that NSA leaker Edward Snowden is offering to help the South American country investigate U.S. spying operations against it in exchange for asylum.

In an open letter published in the newspaper Folha de S.Paulo, Snowden wrote that many Brazilian senators “have asked for my assistance with their investigations of suspected crimes against Brazilian citizens. I have expressed my willingness to assist wherever appropriate and lawful, but unfortunately the United States government has worked very hard to limit my ability to do so,” going on to say that permanent political asylum would be necessary for his assistance.

Snowden is currently in Russia, where he enjoys only temporary asylum.

Brazil is not the only nation whose government has been incensed by allegations of U.S. spying. The Germans expressed outrage toward the U.S. after Snowden leaked information revealing that the U.S. had monitored the personal phone conversations of  Chancellor Angela Merkel. That being the case, the European nation still refused Snowden’s request for asylum there.