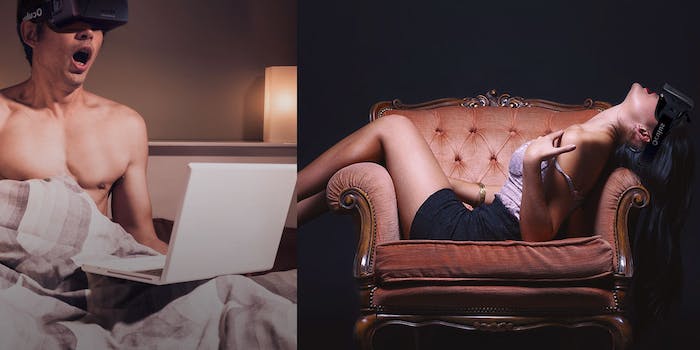 Now you can feel like you're part of the action.

For the ladies, the Nora device will match its rotating wiggle to the speed of the action, while the Max sleeve will expand and contract to the same rhythm. Both gadgets vibrate during on-screen body contact.

It won’t come cheap, but that’s the price you pay to be on the cutting edge of digital sex.