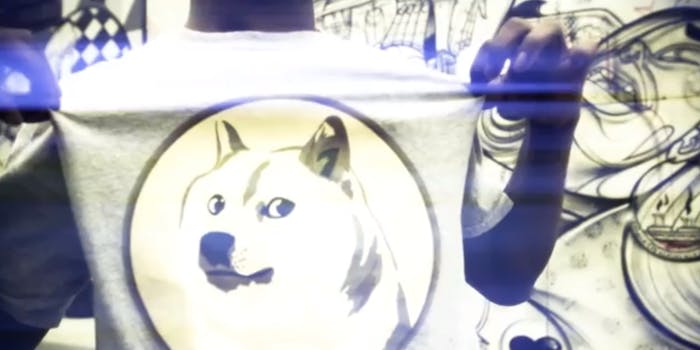 A Bitcoin company in New York announced Monday that it plans to host a music festival in May to promote the online currency. The “festival” will take over the company’s office for five hours.

Bitcoin Center NY, a cryptocurrency startup that opened offices along Wall Street in January, announced via video yesterday that the music festival, set for May 3, will be imaginatively titled the Bitcoin Music Festival. Context from the video suggests that the whole damn thing will be about hyping up the cryptocurrency and putting down the greenback dollar.

The headliner for this office party is the Ross Mintzer Band, a songwriter most have probably never heard of but who nevertheless purports to have more than 1.3 million Facebook fans. But his only video to eclipse 542 views is this one from last April, which has been watched 173,000 times despite the fact that only 118 people actually liked the video. That’s the type of disparity you usually only see on a botted video, i.e., a video whose views are mostly fake.

Other performances include [email protected], Jai Wolf, and (Its)Prints. Tickets are $10 and $15 at the door. That’s .02 BTC, of course, and an acceptable form of payment.