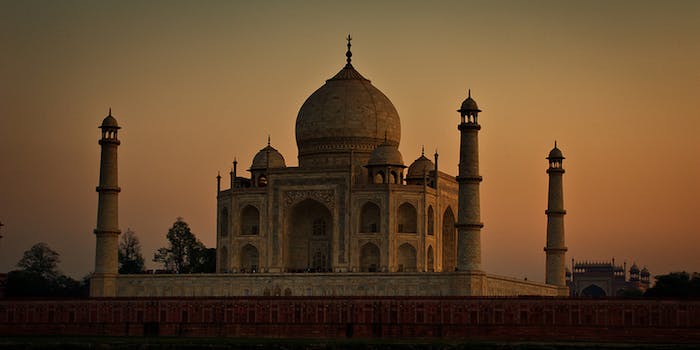 Is a Bitcoin ban coming to India?

Indian Bitcoin exchanges are shutting down amid fears of a possible crackdown by that nation’s financial regulators.

The country’s largest exchange has suspended trading after a warning from the Reserve Bank of India, which stoked fears that the use of Bitcoin could violate that nation’s money-laundering and financial terrorism laws.

It’s another setback for a currency that seemed unstoppable less than a month ago, when the digital cryptocurrency was trading at an all-time high of $1,100, before being sent on a downward spiral sparked by regulatory whipcracking from another Asian economic powerhouse— China.

According to TechCrunch, the warning came merely a week after India’s small community of Bitcoin investors and enthusiasts gathered for its first conference, lodging a request with the nation’s banking regulators to recognize the digital currency.

In a formal statement, Reserve Bank of India said it does not recognize Bitcoin, adding:

“It is reported that [virtual currencies], such as Bitcoins, are being traded on exchange platforms set up in various jurisdictions whose legal status is also unclear. Hence, the traders of VCs on such platforms are exposed to legal as well as financial risks.

There have been several media reports of the usage of VCs, including Bitcoins, for illicit and illegal activities in several jurisdictions. The absence of information of counterparties in such peer-to-peer anonymous/ pseudonymous systems could subject the users to unintentional breaches of anti-money laundering and combating the financing of terrorism (AML/CFT) laws.”

“Post the RBI circular, we are suspending buy and sell operations until we can outline a clearer framework with which to work.This is being done to protect the interest of our customers and in no way is a reflection of Bitcoin’s true potential or price.”

The news is of course detrimental to India’s fledgling Bitcoin economy, but isn’t having the same ripple effect on global exchange rates as the crackdown earlier this month by China. That’s probably because India only recently got into Bitcoin trading, with only about 1,000 or so active traders in a country of 1.2 billion.

Though it began the month trading at more than $1,100 on the Mt. Gox exchange, Bitcoin has been on a wild ride this month after China introduced long-awaited regulations that forbid financial institutions from getting involved with the experimental currency. The value of Bitcoin fell as low as $455 on Dec. 18. The currency has been regaining value, but as of today is still only trading at around $800.