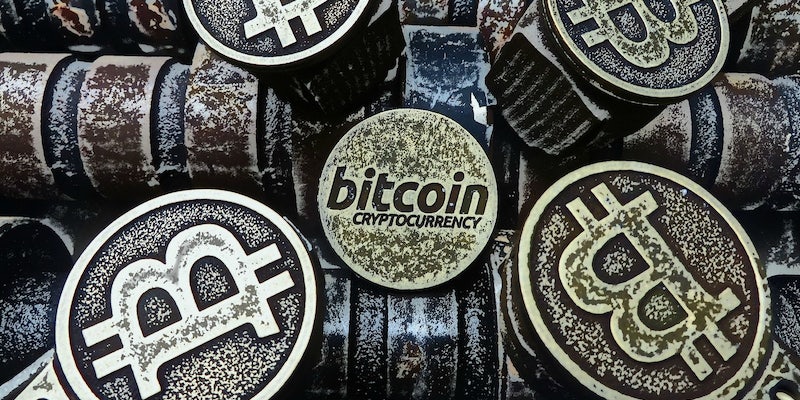 Is this the end? Or the lull before the money-making storm?

The price of Bitcoin has dropped precipitously, dipping under $200 for the first time in more than a year.

The market rate for one bitcoin is now at $193, at the time of publication.

It’s a mighty fall for the once-surging cryptocurrency. Bitcoin became the toast of much of the Internet in Nov. 2013, soaring to more than $1,100 per coin, then started a slow-but-steady fall that’s lasted more than a year. 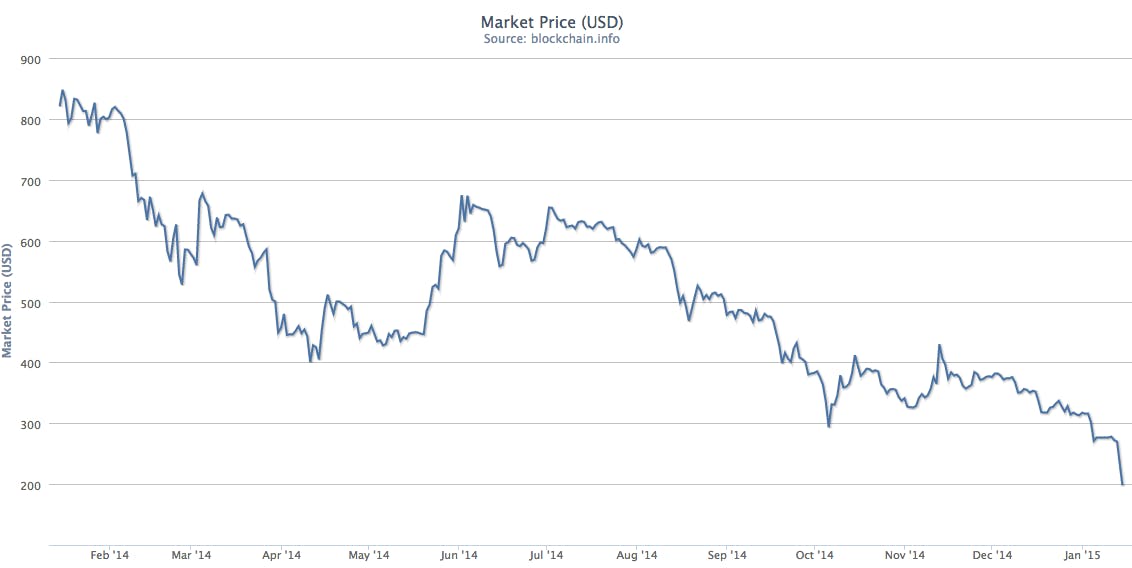 Bitcoin is infamously volatile, though in it six years of existence, it’s never experienced such a prolonged drop. Whether this is the calm before a lucrative storm—the last time the price was this low, it was right before that incredible surge—or Bitcoin finally settling at an inevitably low value is anyone’s guess.

Photo by btckeychain/Flickr (CC BY 2.0)